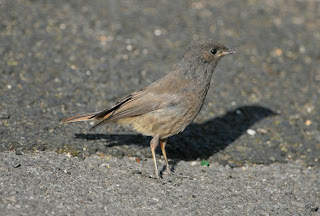 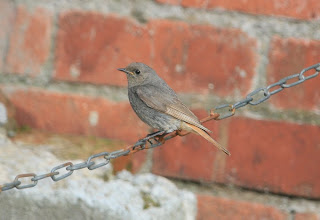 When you hear that a pair of Black Redstarts have been reported in the middle of your City Centre, and in the middle of Summer, you just cannot ignore them! On the evening of the 3rd, I wandered around the area of Stoneygate near to the Bus Station and Warehouse. I started to lose hope as it was getting darker and darker, however, I heard a bird singing, which I initially thought was a Reed Bunting. As I got closer, I heard the wonderful sound of a 'fire' singing Black Redstart.
As I walked across the Ritz Car Park, I saw a dark bird flying around the top of an old building, when a female Black Redstart flew from the car park floor to behind another building with food in it's mouth.
The Light was very poor, and the birds became elusive quite quickly, even though the male continued to sing. 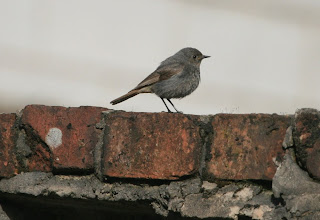 On the 4th August, I returned slightly earlier while the sun was still on the car park. An hour went by with no sign of anything redstart. At 6pm, I heard the male singing again in the direction of Stoneygate. Before too long, I saw a bird feeding on the ground which turned out to be a Juvenile, and therefore confirmed breeding at the site. Moving my car, I was able to get some (personally) fantastic photos of the Juvenile and the 1st summer Male feeding on a nest of ants next to the Christian Science Library. 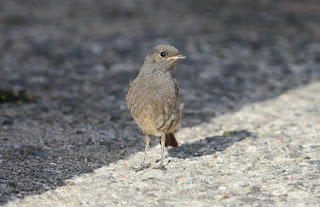 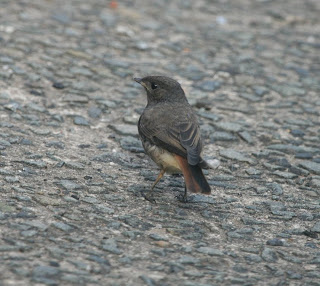 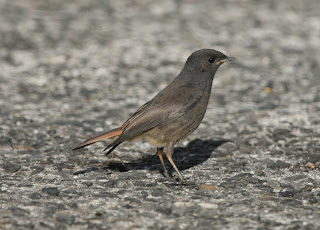 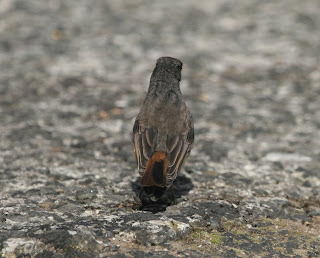 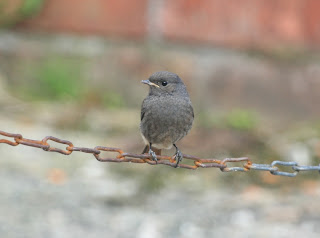 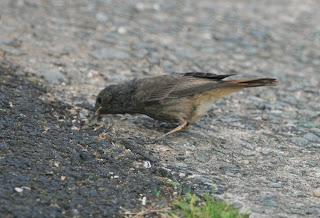 On Foot - From St John's Church, follow the path/road down the west side of the church with the sign for the 'Christian Science Library' - SD543293
By Road - head down Manchester Road from Homebase stores. When you get to the roundabout take the 2nd right and park in the Ritz Car Park.
View with caution, as I would like these birds to return next year!

Perfectly true and right 'When you hear......' you cannot ignore them, and you got some nice images of them too, a smart little bird, nice one Zac.