After just shy of two years in our little cottage in a little village in Lincolnshire, we have moved out and we're both back up north in Preston.
Prior to Danni getting a job in October 2015 at Operation Wallacea, I had never really even heard of Old Bolingbroke. Little did I know that it would be the village where Danni and I got our first home together and where I would learn how to be a dog owner and a place to where I'd fall in love with it.

Our house was called Middle Cottage which was built in 1920 and was a tiny cottage in a row of three terraces. It was certainly not the most sophisticated of houses, but had an awful lot of character with interior walls made of mud and horsehair, more autumnal spiders than a garden shed and temperature extremes that causes no sleep during the summer and the necessity of coal fire in winter.

I managed to complete one full season and one half complete season of Patchwork Challenge in and around Old Bolingbroke with 115 species seen in 2016 and a further 5 species added in 2017. Highlights included (most recently) a male Hen Harrier flying east high over Bolingbroke Castle being mobbed by corvids, several records of Water Rail in the castle moat, at least three pairs of Turtle Dove breeding in the village, Osprey and several Red Kite sightings. Probably my most prized sighting of the two years came from a very small pond to the immediate south of the village which held a female and two drake Common Scoter in April 2016. 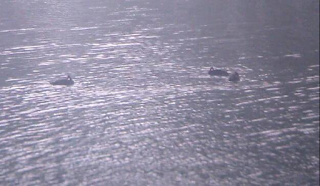 Three Common Scoter
During 2017, I basically moved away from Old Bolingbroke as early as March when I got a job based in Warrington, but did go back as much as I could to visit Danni and also make sure the house was lived in whilst Danni was away. I therefore wasn't able to get as much birding done in 2017 as I'd have liked, but did get out when I could.

Bolingbroke also saw me get back into all things ecology and I regularly trapped moths in the garden recording 240 species including five species of hawkmoth.

I also recorded 18 species of butterfly, 19 species of mammal of which five were bats, 8 species of Odonata and 5 spcecies of Reptiles/Amphibians. Highlights from this included Harvest Mouse (lifer) and Great Crested Newts in my garden, Water Vole in a stream close to the house and several sightings of Grass Snake.

For anyone that has followed me on Twitter or visited my house, you will know I have an interest in aviation which grew exponentially whilst living in Lincolnshire. It's difficult not to be interested when you live so close to the heart of Bomber Command history from World War 2. Old Bolingbroke is next door to East Kirkby, the home of NX611 Just Jane, a taxiing Lancaster Bomber. It is only ten minutes drive from Coningsby, the home of the Battle of Britain Memorial Flight with the only flying Lancaster Bomber in Europe as well as being home to 3, 11, 29 and 41 squadrons of the RAF operating Eurofighter Typhoons. Eurofighters became a big love of mine whilst living there and I'm most of the way to completing the set of all Eurofighters made for the RAF with about 80% seen to date. The real attraction to this part of Lincolnshire is of course the Dambusters however with everywhere having some great history including Woodhall Spa only 25 minutes drive and Scampton an hour away. The history was not far away though with the house next door to Danni's office being a former home of Guy Gibson during the latter stages of the war. 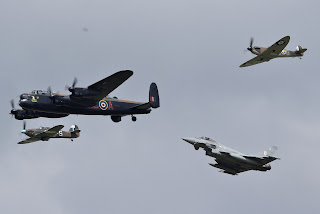 I was slightly upset to leave Lincolnshire on the birding front because, although I did some fantastic birding during my time there, I don't feel I did the county justice with not too much time spent at Gib Point and only a handful of visits to Donna Nook. Whilst there though, I managed 200 species with highlights within Lincolnshire being Caspian Tern, Siberian Stonechat, Black-winged Stilt, Rough-legged Buzzard, White-rumped Sandpiper, 2 Broad-billed Sandpiper, Pectoral Sandpiper, Pallas's Warbler, White-billed Diver, Ring-necked Duck and of course Western Swamphen! I also managed to find a Rose-coloured Starling, Smew and most recently I managed to do the impossible and find some Hawfinch in inland Lincolnshire! 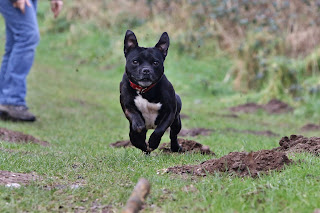 It has been a fantastic two years in Lincolnshire and it's somewhere Danni and I will always cherish to have lived. What a wonderful place to have as a first home and I will always remember it for being the place where I realised I wanted to ask Danni to marry me.

Thank you Middle Cottage!
Posted by Zac Hinchcliffe at 22:25:00 6 comments: