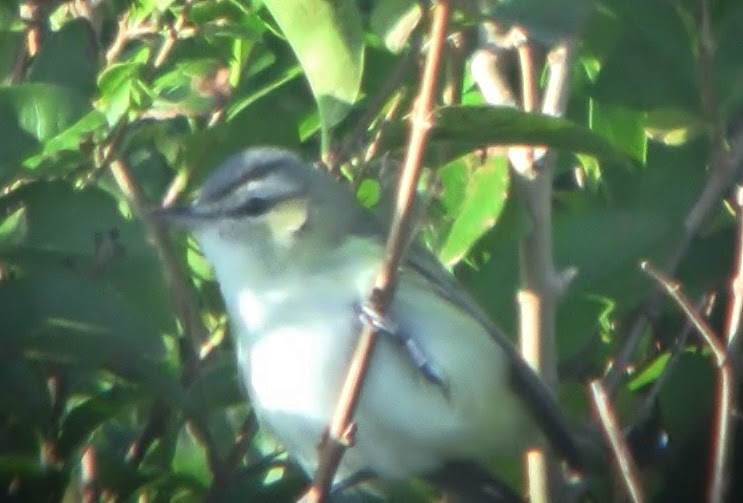 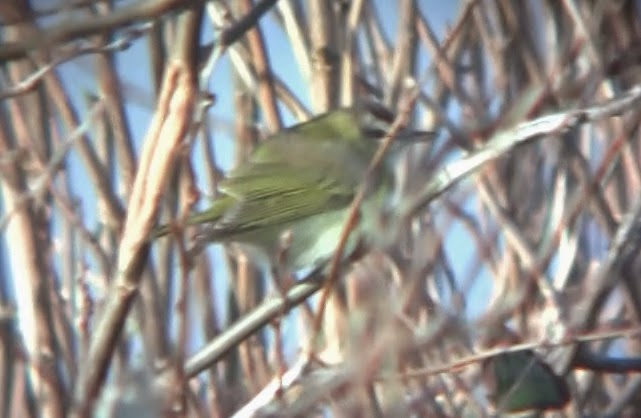 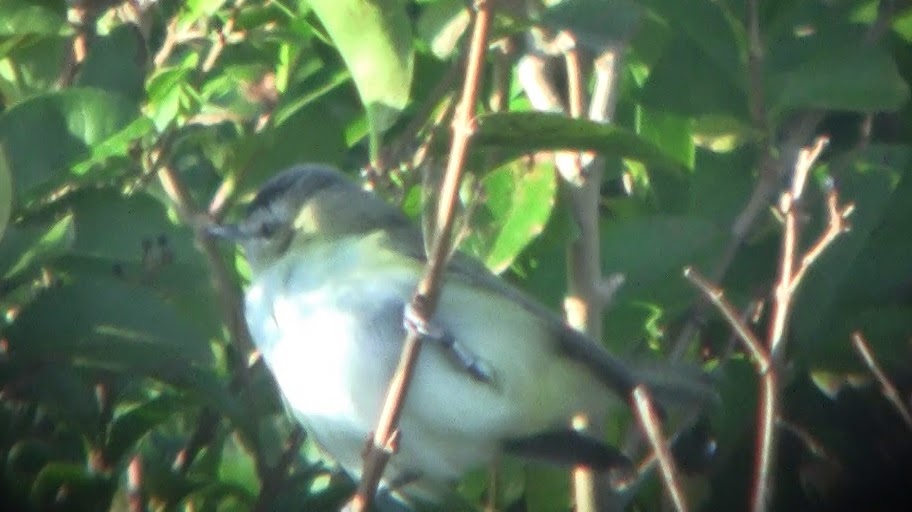 After the Eastern Crowned Warbler and Rough-legged Buzzards, I was wondering how many more lifers I would get in 2014. I certainly wasn't expecting an American Passerine or indeed 3 days later!
That is what happened though as I visited Walney Island bird obs for the first time thanks to a lift off Bill Aspin to see the Red-eyed Vireo found this morning.

We arrived mid-afternoon with golden afternoon sun. It hadn't been seen half an hour prior to our arrival but, it came out and showed really well just after we arrived, feeding and even fly catching! It showed pretty well on and off showing its surprisingly large size, blueish cap and wonderful supercillium. What a bird! Also on site, we managed to see three flocks of Whooper Swans - a flock of 22 on the sand, 35 south and another 5 south too. Magic.

This is a bird I've wanted to see for years and one I didn't think I'd get in the north west ever! Good to see Andy Kinghorn, Scott Reid, Paul Brewster, Tony Disley, Stu Piner, Andy Holden, Ian Fleming and Mike Ainscough onsite too.
Posted by Zac Hinchcliffe at 20:06:00 No comments: 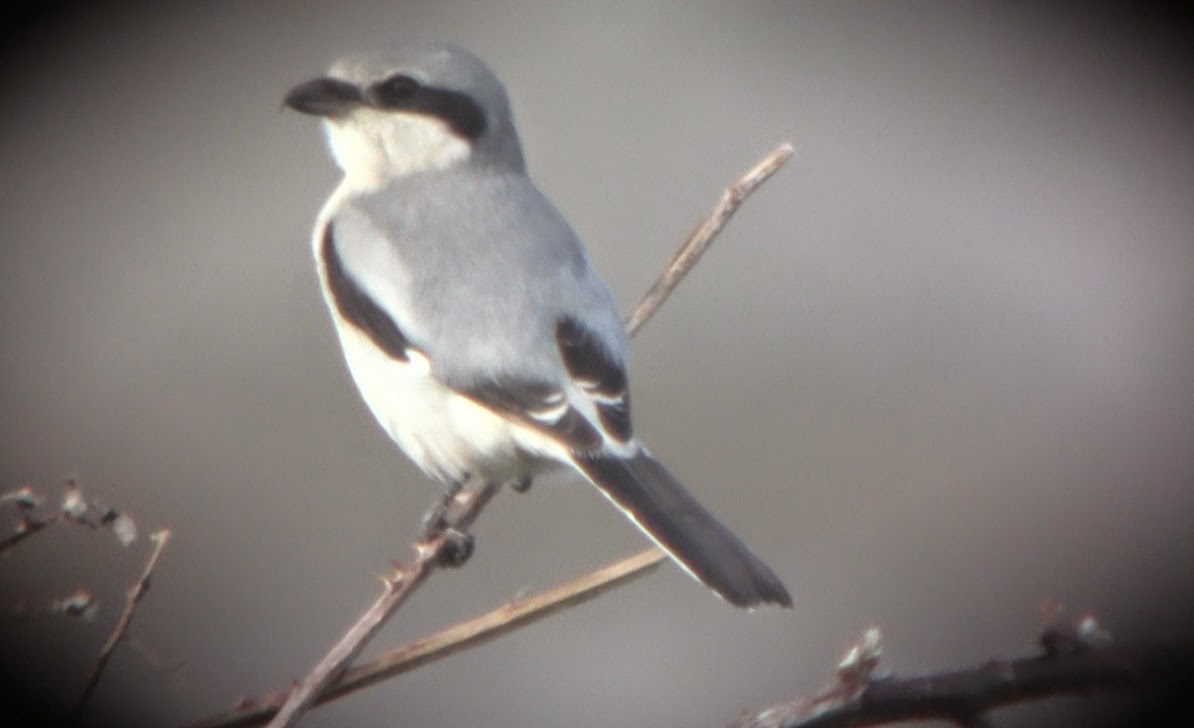 I woke up this morning to news of the Fylde Great Grey Shrike still present on Lytham Moss. As I still needed this for the Fylde, yearlist and also only ever seeing two previously, I felt it was rude not to! I set off from Preston and was parked at the Animal Sanctuary in 25 minutes. I hopped across the road and set my scope up, seeing the bird in less than ten seconds of arriving. Wonderful!
It showed surprisingly well, surprisingly close and just saw on top of brambles performing very well to the assembled crowd of c20 people. A stunning bird that I had embarrassingly, previously written it off as 'uninteresting' because of having previously seeing a couple. When I locked onto it with the scope, I instantly was reminded just how wonderful these northern birds actually are!
Posted by Zac Hinchcliffe at 17:29:00 No comments: 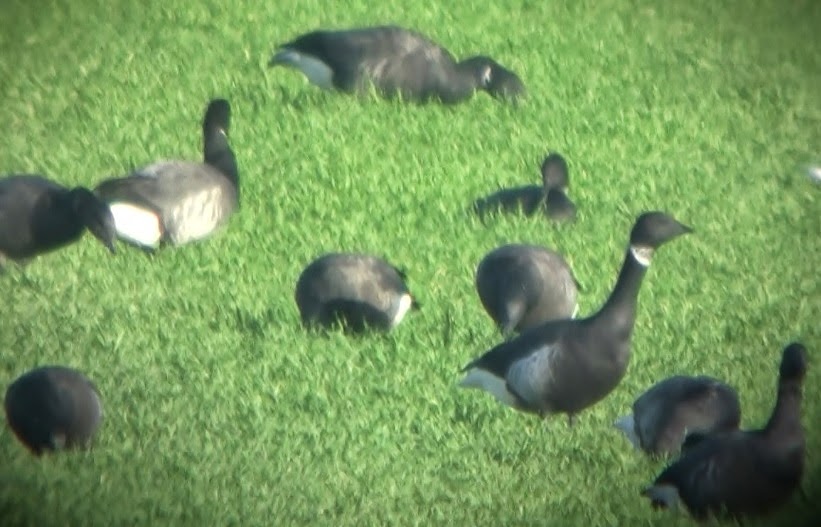 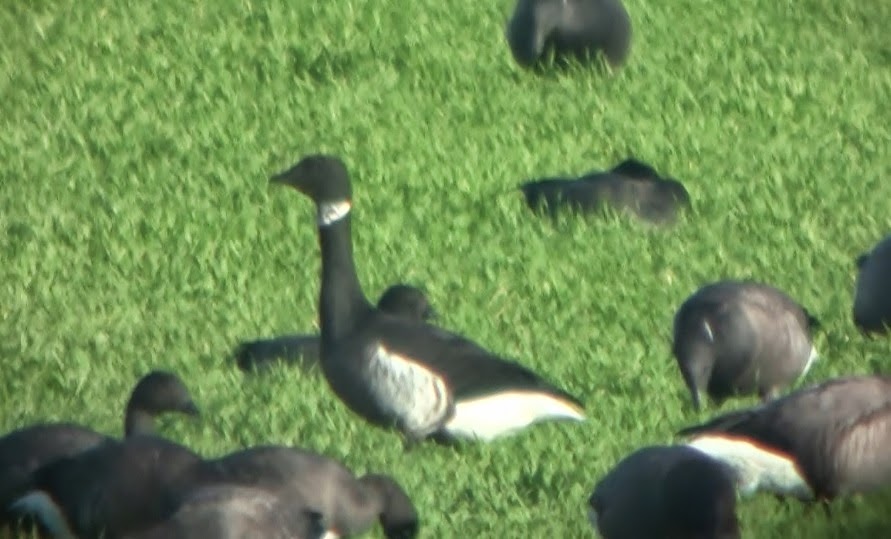 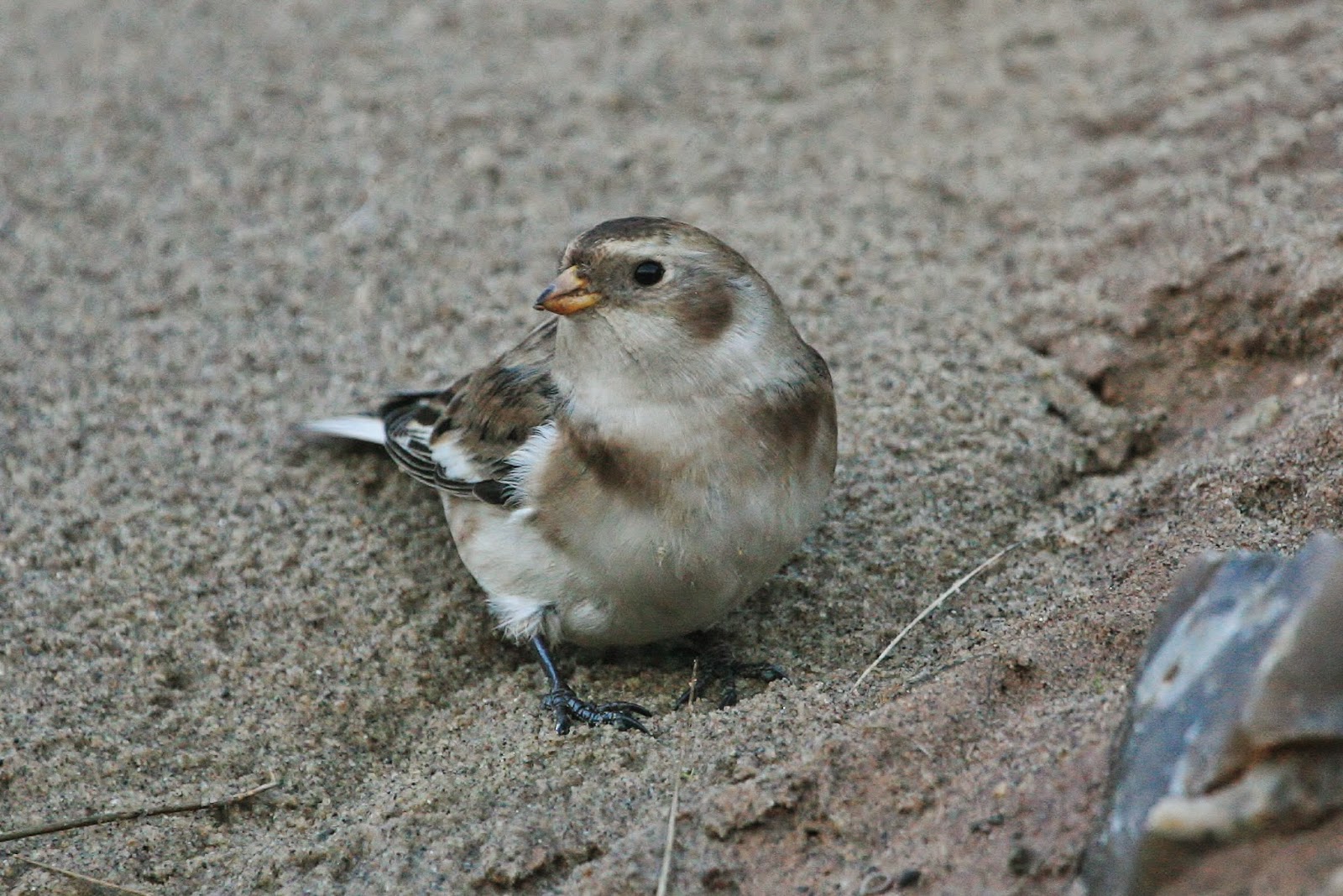 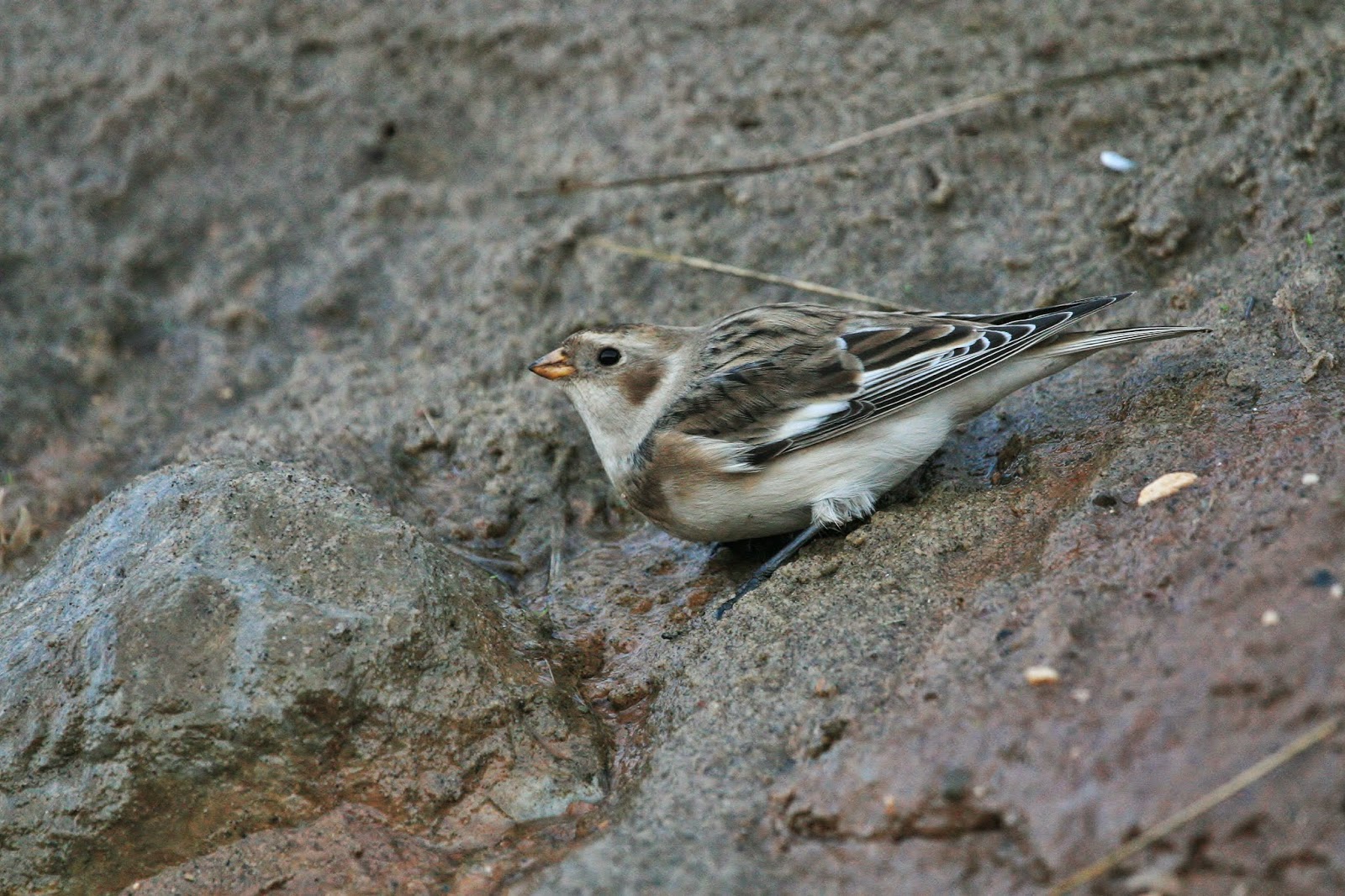 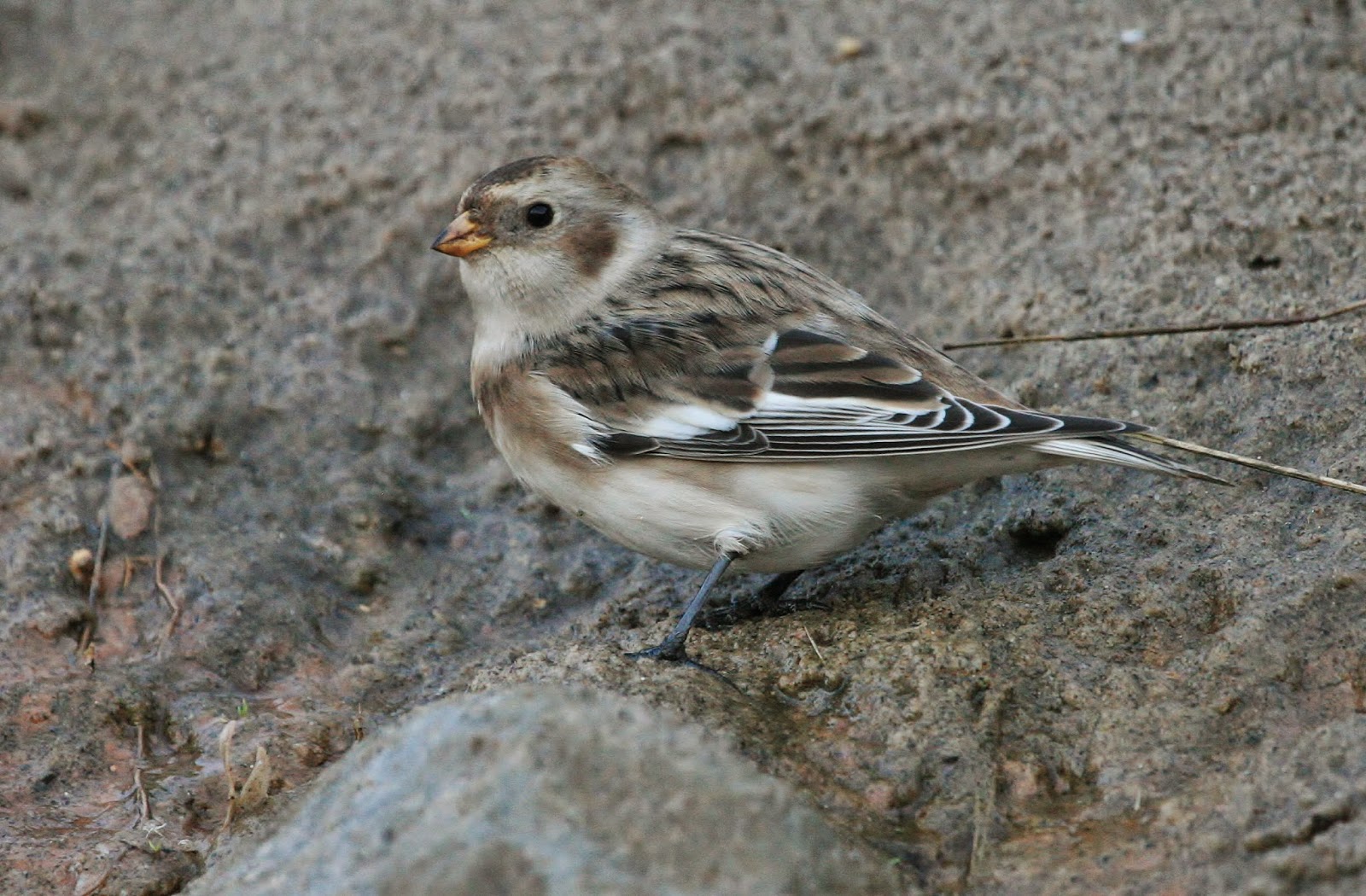 After having a two-lifer day, we headed to Spurn, because when in doubt...Spurn! We knew there had been a Black Brant around, so we were eager to find the Brent Goose flock. It was off Beacon Lane between Westmere Farm and Crown and Anchor, so we set up scopes and tried to find it. It took maybe four minutes before I spotted a brent sp sat down with a seemingly enormous neck collar. It suddenly stood up and revealed a black belly with really white flanks. It was so obvious, especially when it was walking around causing trouble with the locals!
Once happy, we moved onto the Warren and had a mini seawatch, but little was moving. We walked round the triangle and then back along the beach. Once almost back at the Warren, we came across a 'long-staying' Snow Bunting which showed incredibly down to 10 feet! Wonderful! A lovely way to end a great day!
Posted by Zac Hinchcliffe at 17:24:00 No comments: 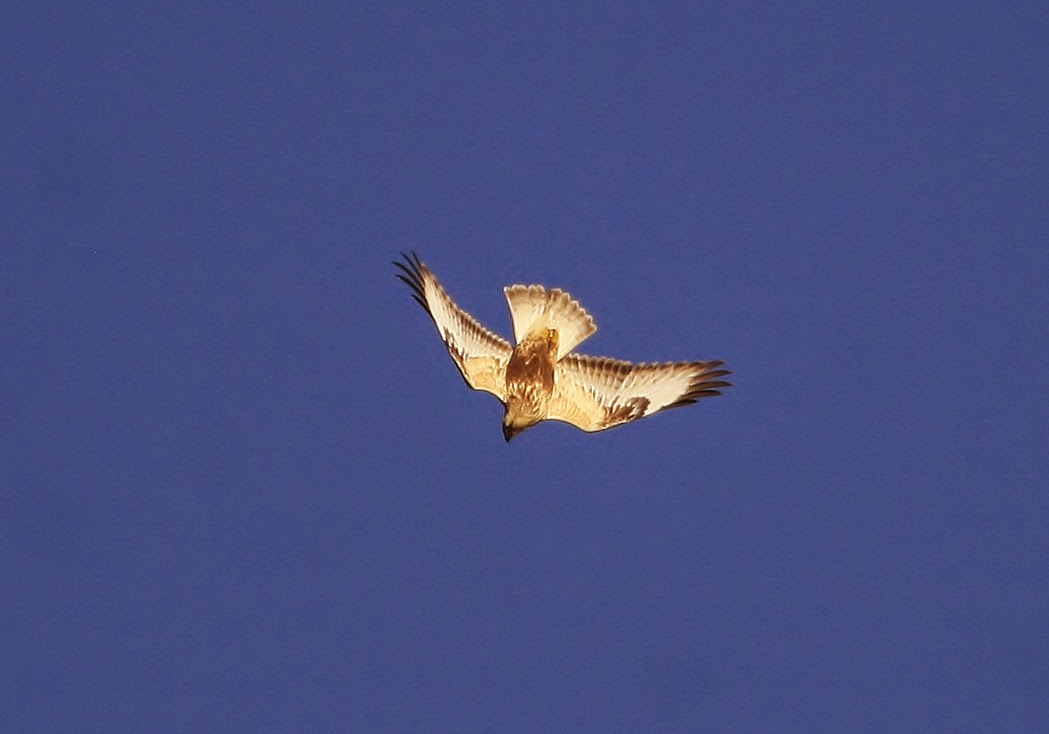 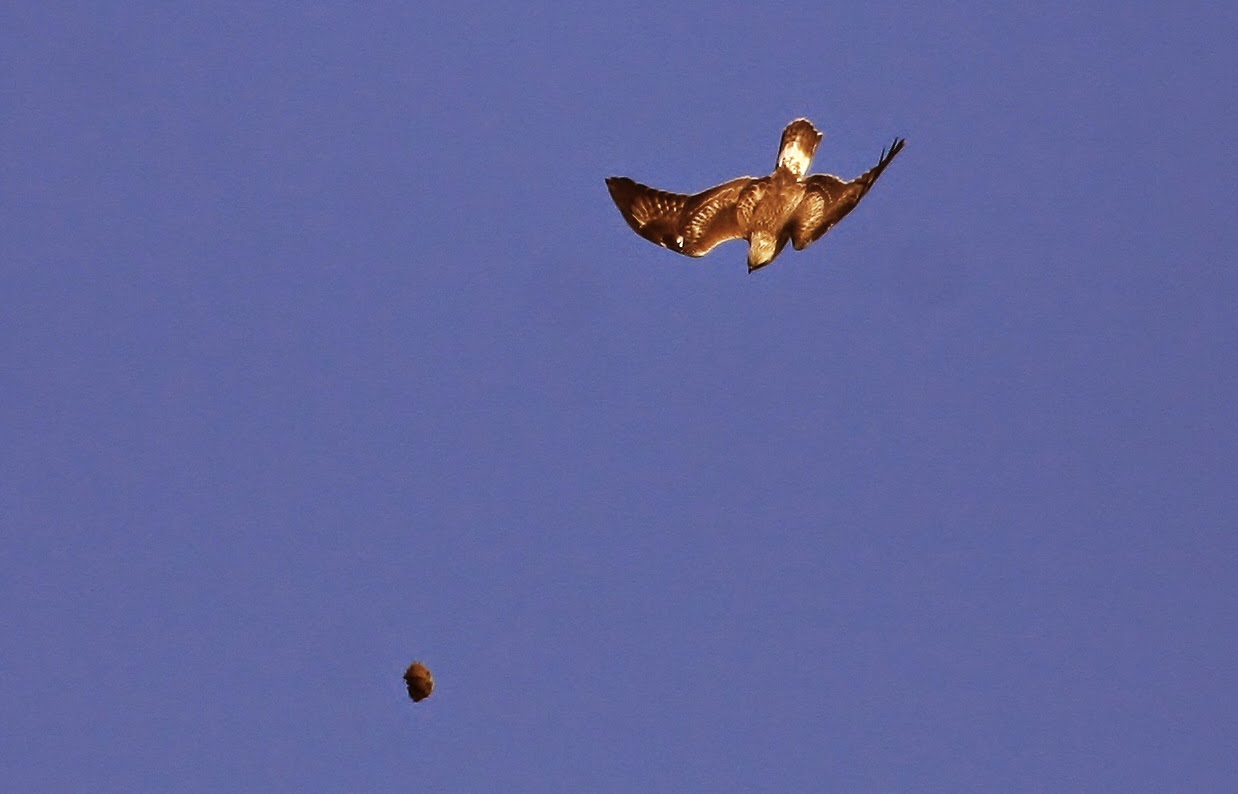 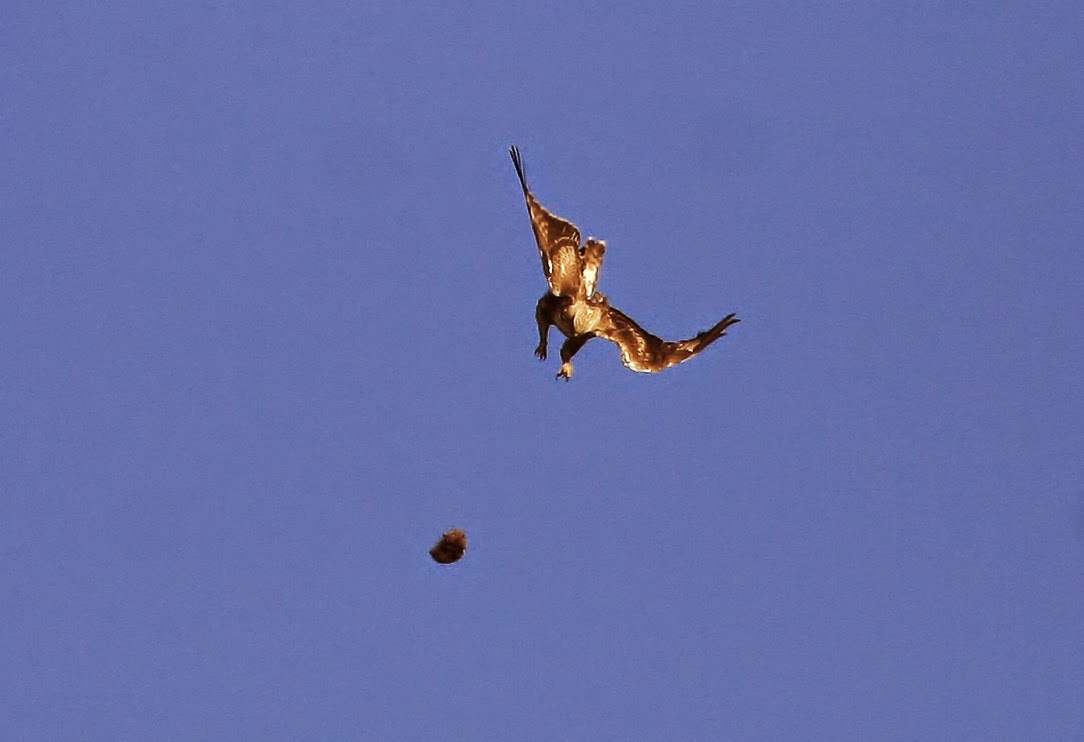 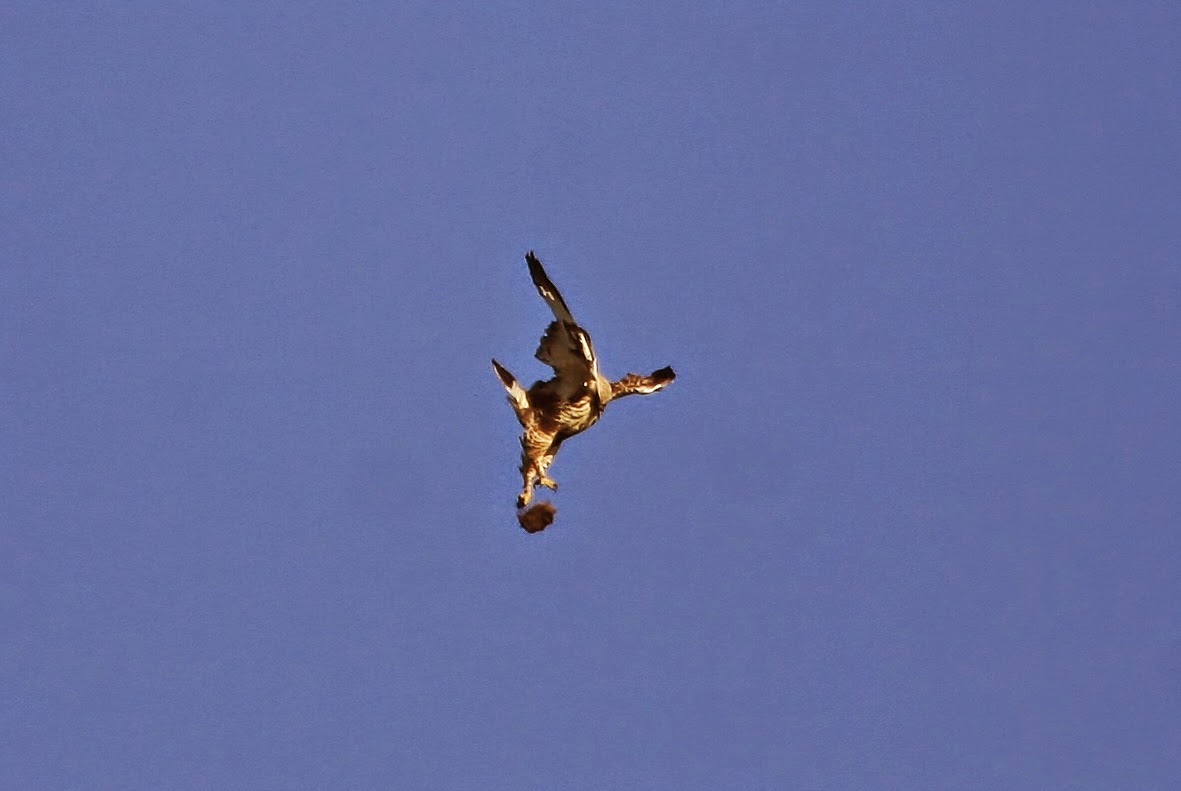 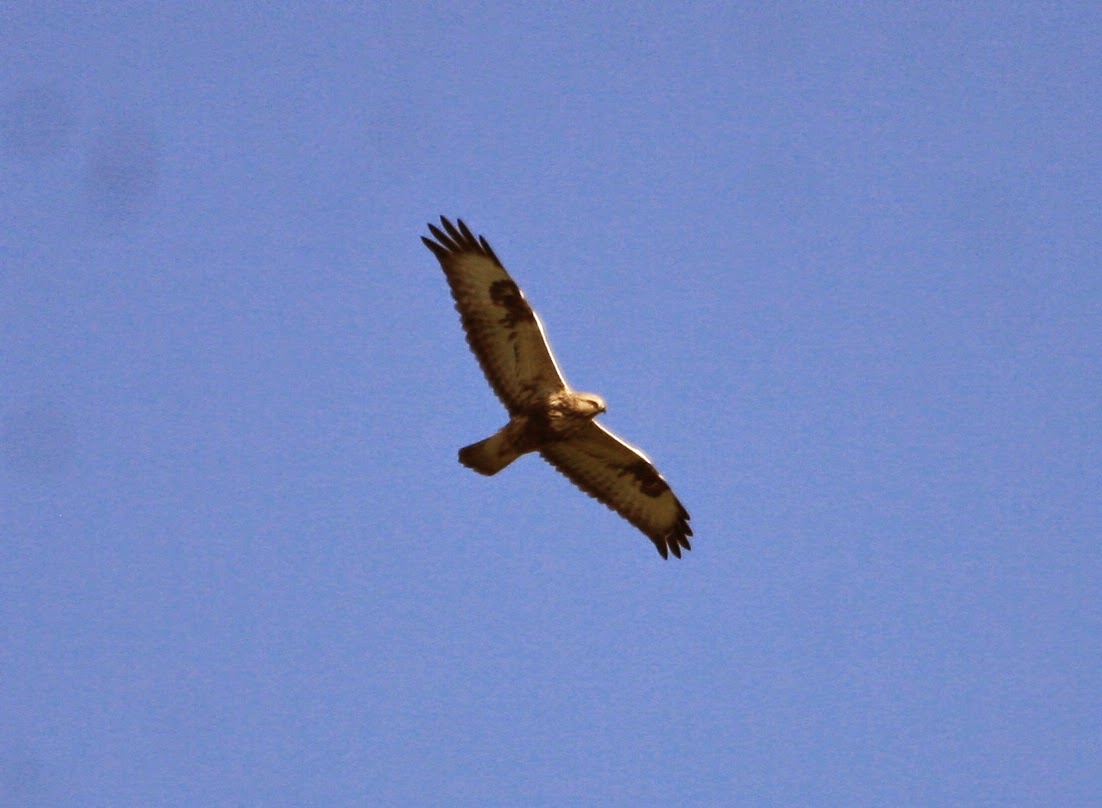 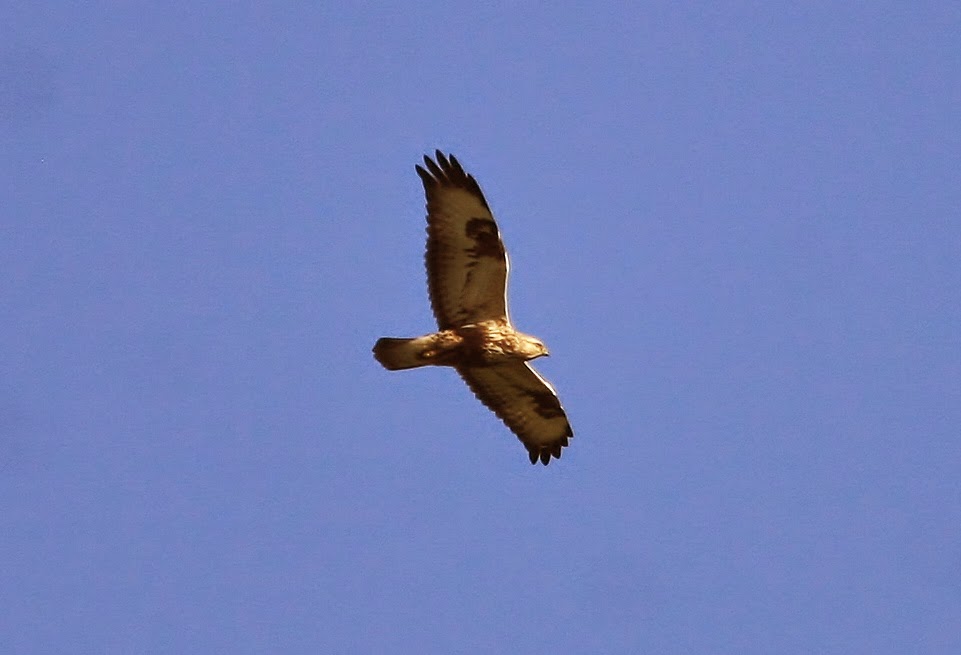 It's been an almost lifelong ambition to see a Rough-legged Buzzard. As the Autumn starts every year, I always say 'Right! This Autumn/Winter, I will see a Rough-legged Buzzard!'. Having seen species like Amur Falcon, Scarlet Tanager and Short-billed Dowitcher, it might seem odd to some that I've never seen Rough-legged Buzzard, but they're really hard to get on the West Coast!
We turned up at Sleddale in Cleveland after a report of three showing well on the moor! When we turned up, there were three birds in the air. The first one I got on to....Common Buzzard. The second...Common Buzzard. I got a little worried, but as I got on to the third, it was skinnier, with longer wings and a pale base to the uppertail...ROUGH-LEGGED BUZZARD! Finally! We had super views of at least two hunting in the wind as they hung motionless on the wind.
When we decided to move on, I asked Matt to move along down the road just a little to have a chance of getting closer views and before long, we saw a Rough-leg right close to the road. It put on a real show as it played with a piece of turf/soil. Incredible views of a wonderful bird! Second lifer of the day.
Posted by Zac Hinchcliffe at 17:10:00 No comments: 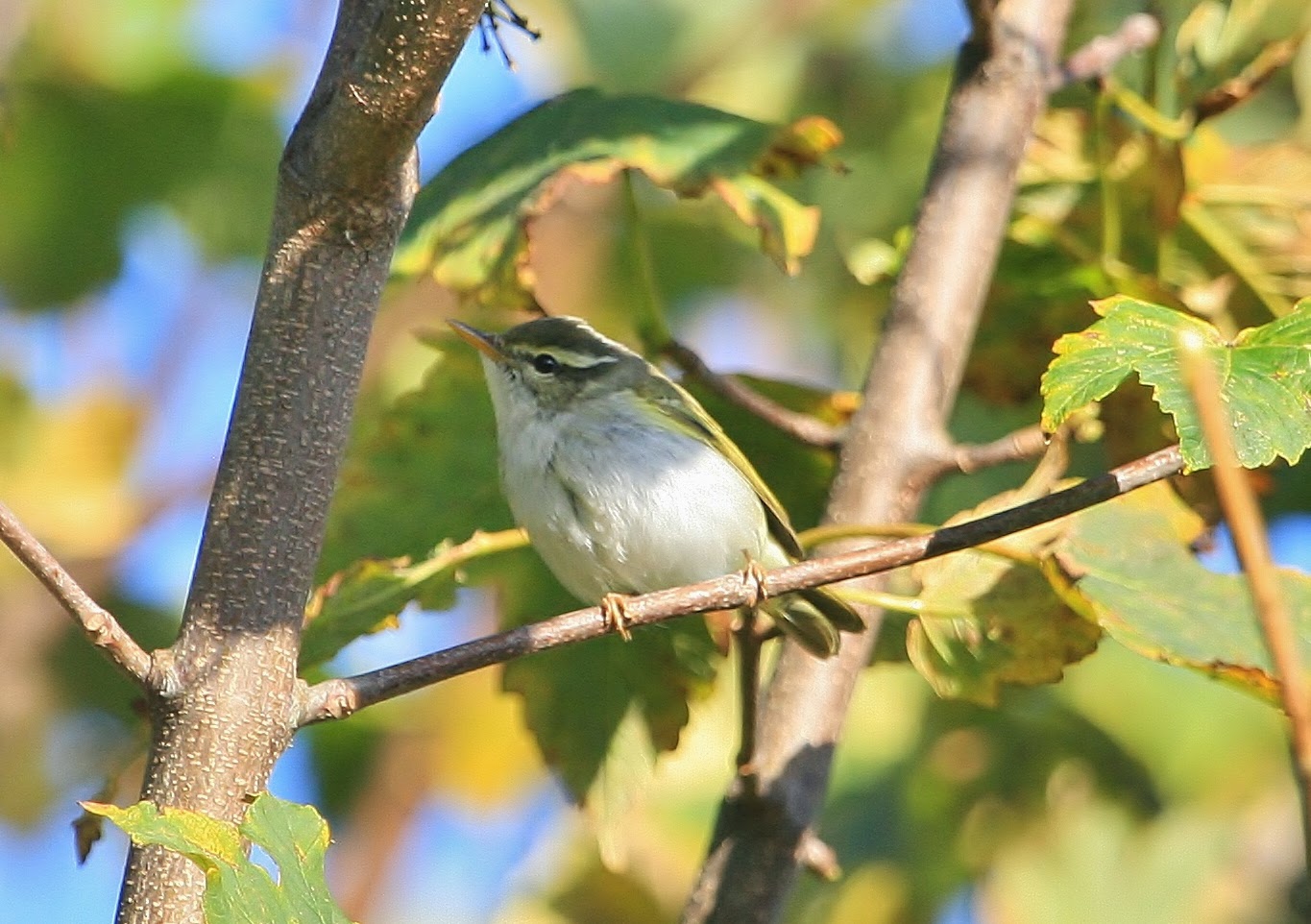 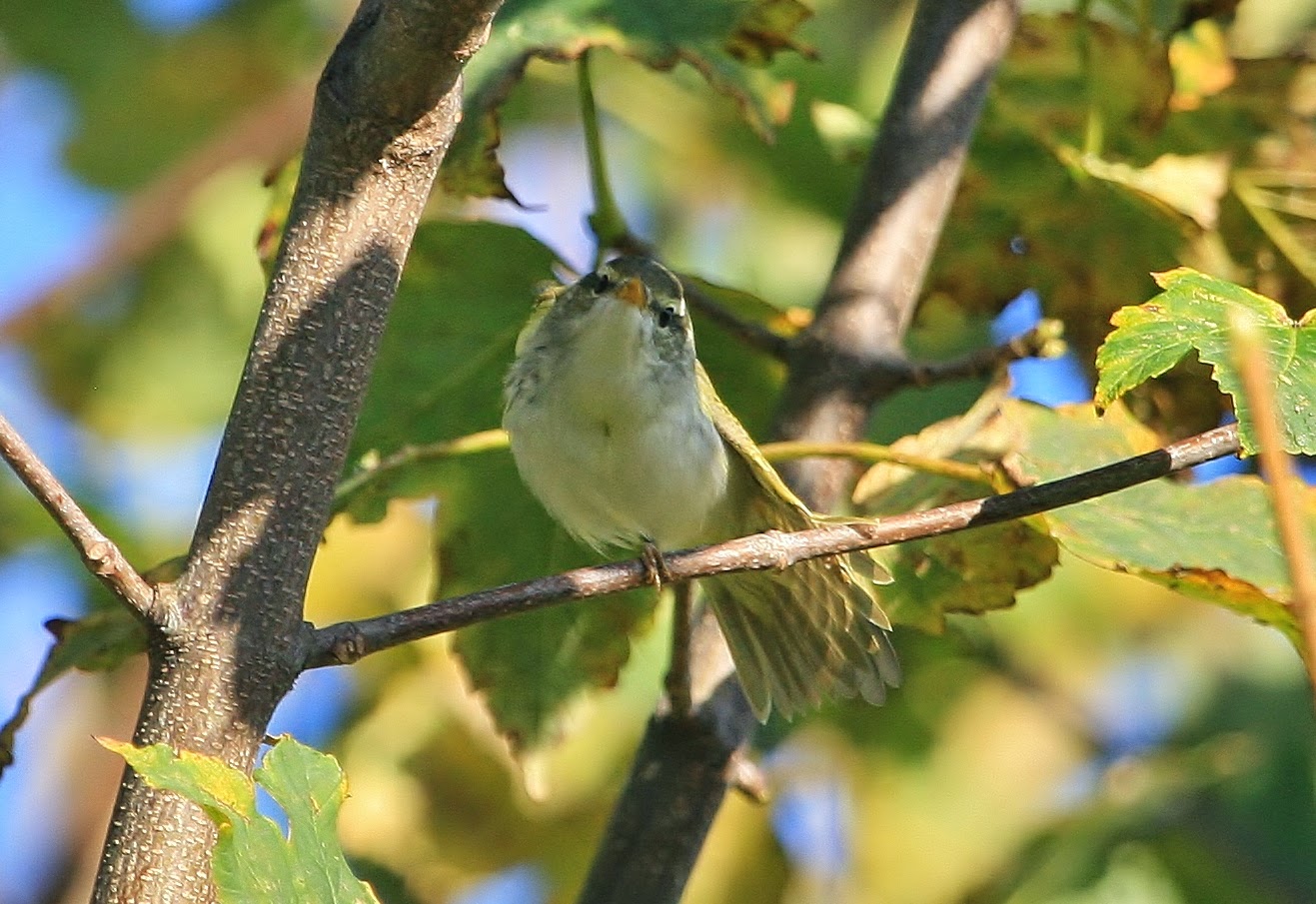 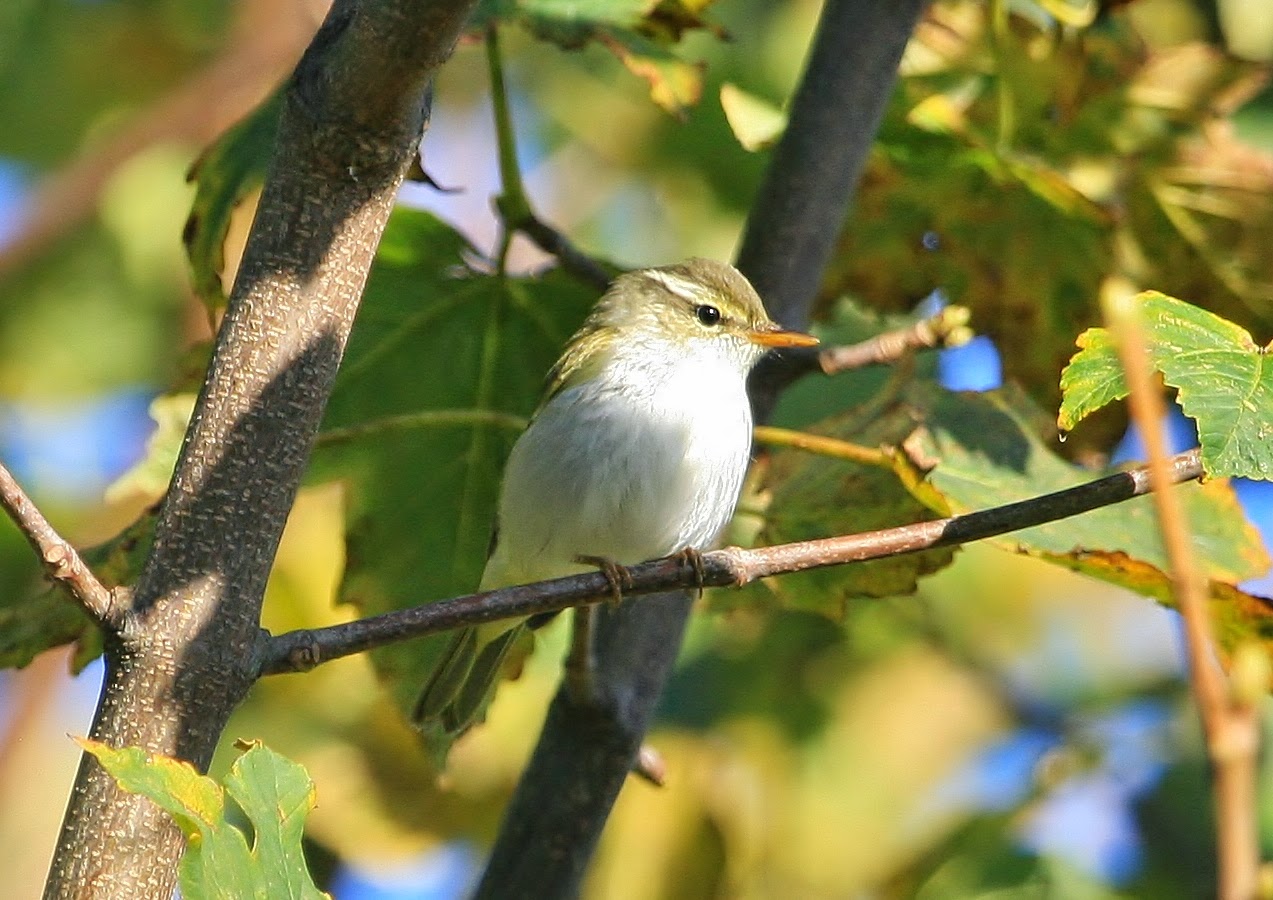 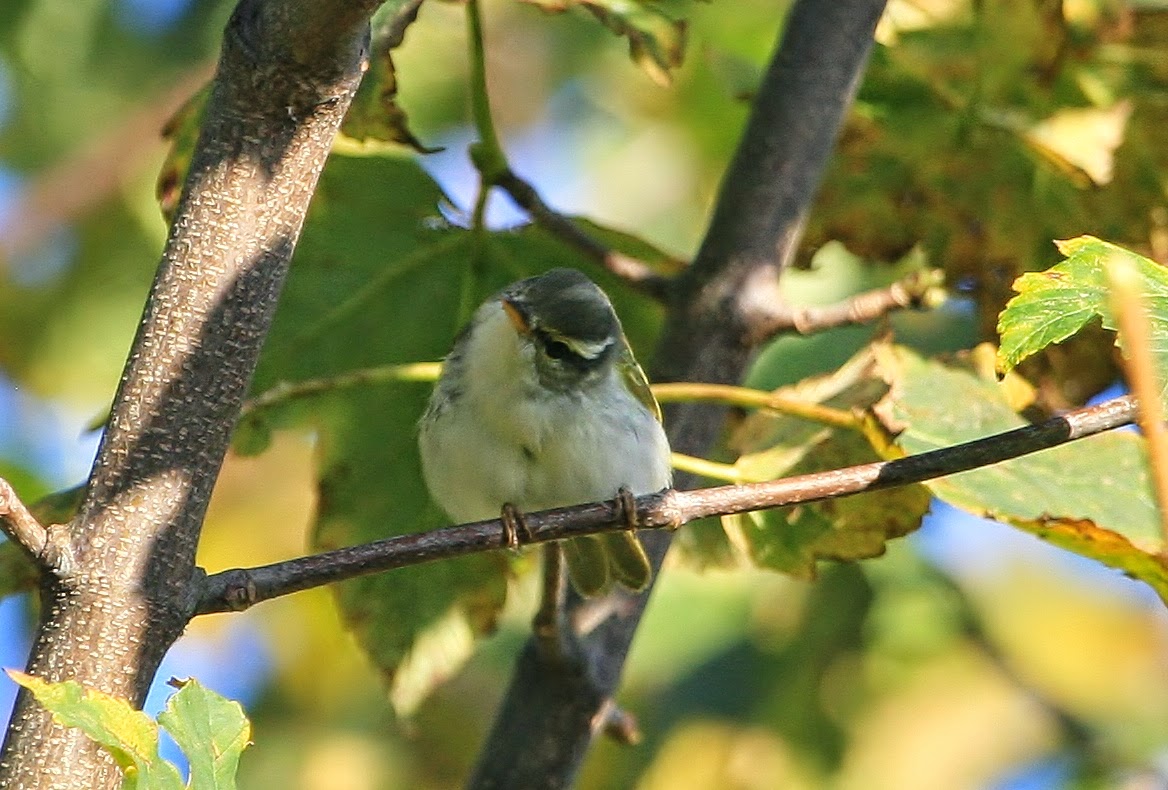 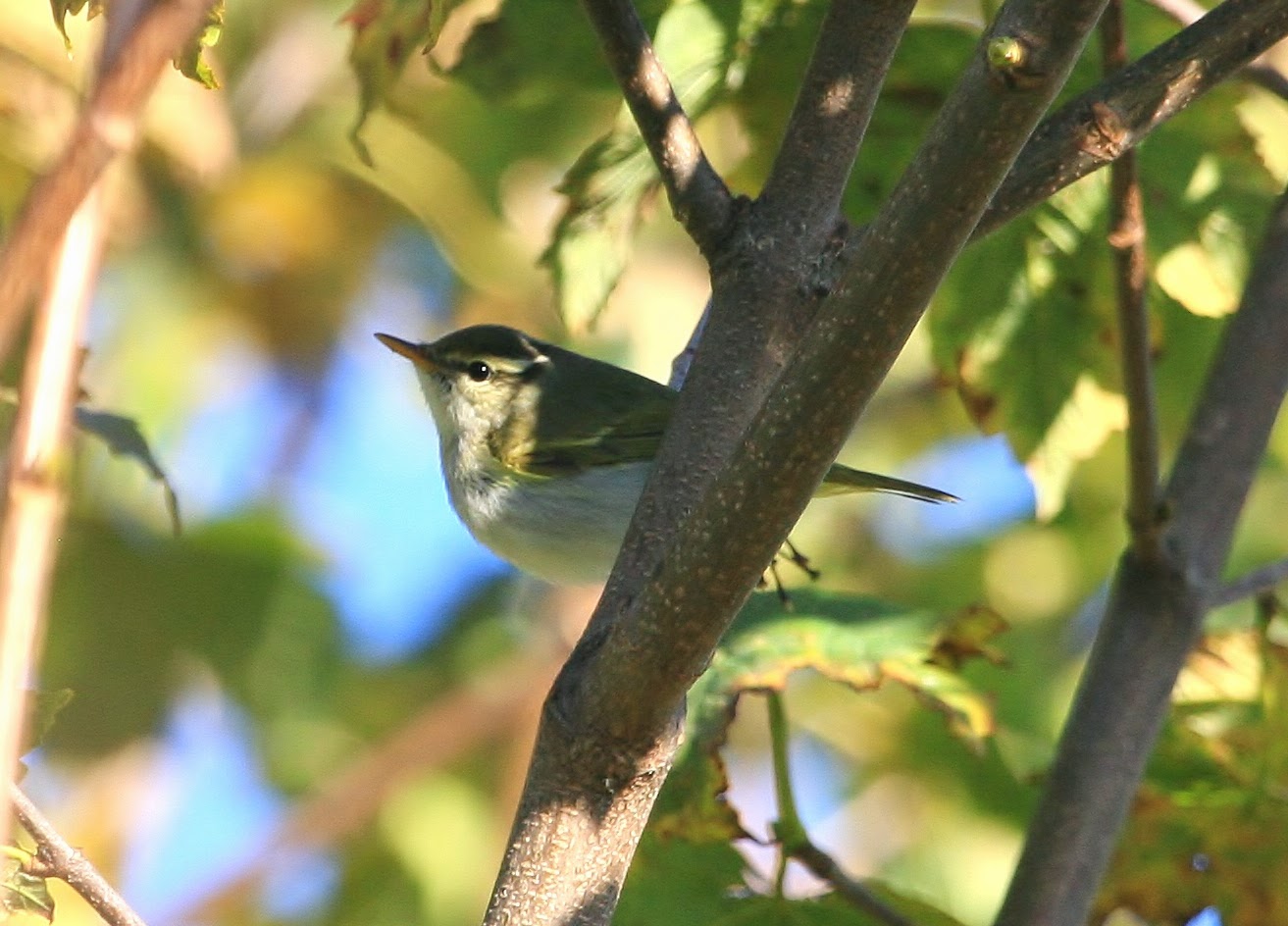 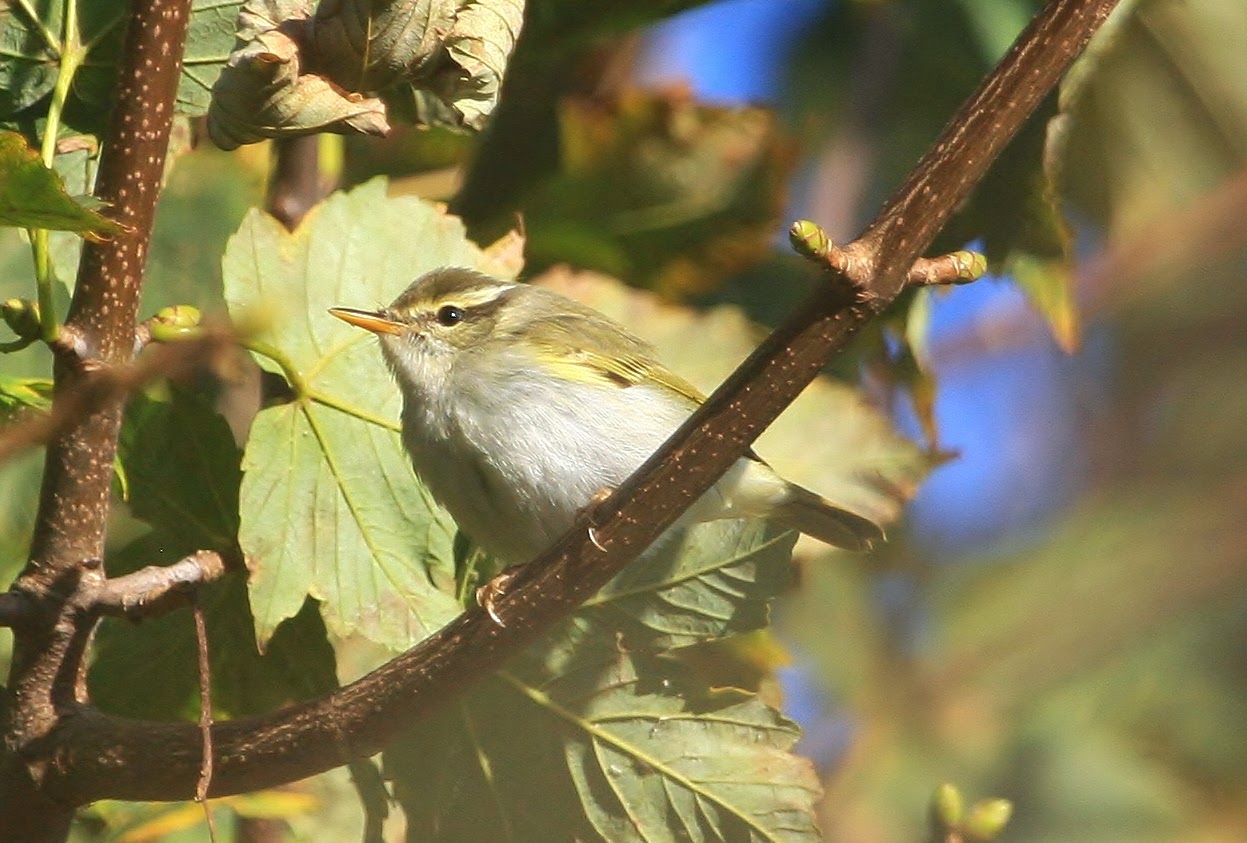 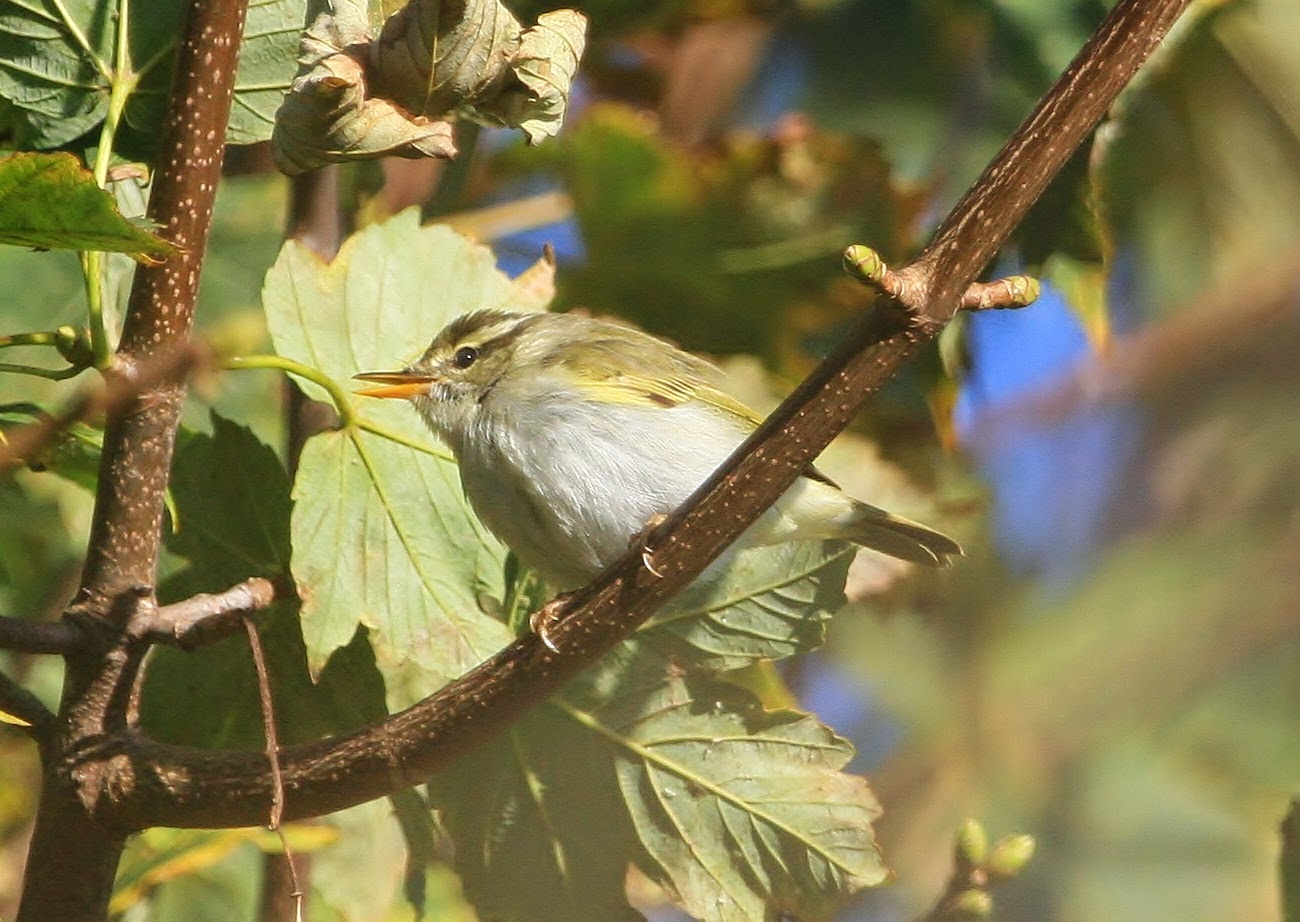 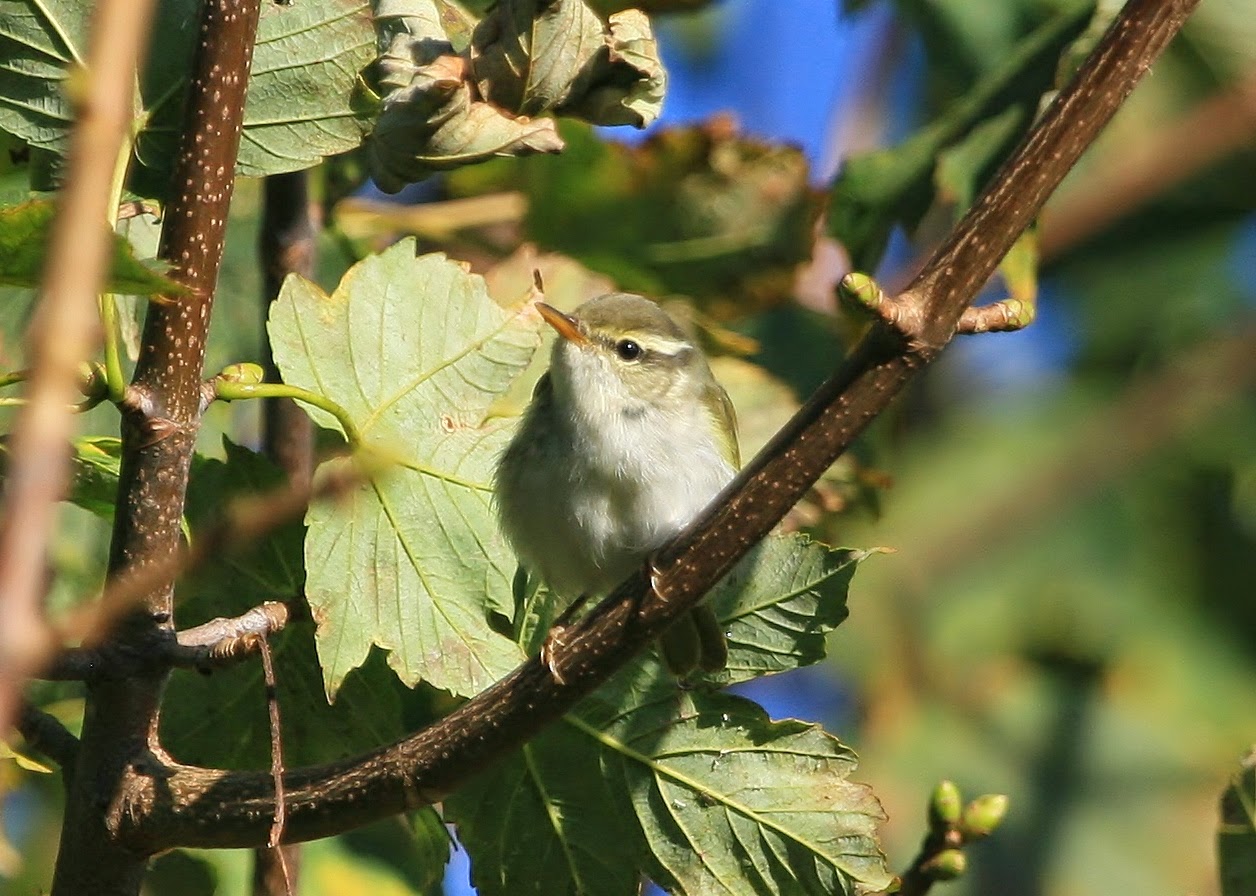 When I missed the opportunity to twitch the South Shields Eastern Crowned Warbler, I thought I'd have to wait a long time to get that back. When the bird was caught and ringed in Hertfordshire, I was amazed that a second British record turned up so soon! At no point did I think that would lead onto another record in the next few years. Much to my surprise, on Thursday 30th October, I got a text of Matthew Bruce asking me if I was up for Cleveland this weekend because of an Eastern Crowed Warbler! Blimey!
I got the train to Leeds and I joined a car of Matt and Daniel Branch on the trip north. Onsite, it took about 10 minutes before someone called the bird as being on show. As was a running theme through the bird's stay, it turned out to be a Chiffchaff. After the crowd settled down again, I got chatting with a St. Helens birder, who has seen the bird the day before and on the morning, there was a whistle that it had been refound. Initially I spotted movement and then got decent views of the bird at the top of a sycamore, but right into the sun. I held out for a little bit and tried to learn about the bird in the field whilst I was in a position where I could see it well. It was very long. Much longer than the Arctic Warbler I saw at Donna Nook two weeks prior, and the slight up turned bill with luminous orange lower mandible was very obvious. Despite being subtle, the wing bar stood out quite well against the very dark green upper body. The extensive supercillium was also obvious and in certain angles, the namesake crown stripe was also obvious. Much more so than the crown stripe on the Yellow-browed Warbler also present.
I moved round to where the light was brilliant and was rewarded with the bird sitting right in the open for at least two minutes. A wonderful bird and birding royalty well and truly on my list!
Posted by Zac Hinchcliffe at 17:03:00 1 comment: