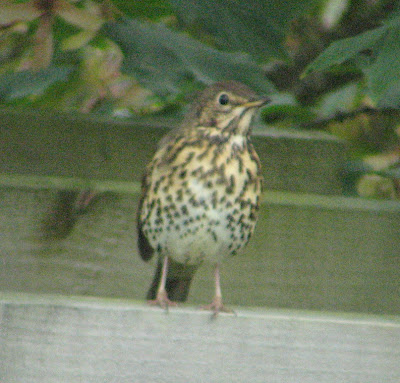 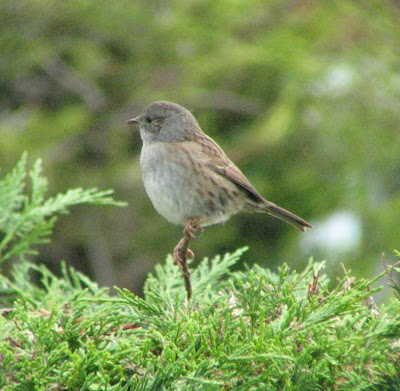 The last couple of days have brought in the big names on Shetland and Orkney - Siberian Thrush, Swaison's Thrush, Lanceolated Warbler, Pallas's Grasshopper, Pechora Pipit, Sardinian Warbler, Red Throated Pipit, Great Snipe, Greenish Warbler, as well as Semipalmated Plover, Blyth's Reed Warbler, and a host of Scarce Drift Migrants.
As would be expected, non of these make their way to Lancashire! However, Autumn has started Early
Vis watch - 08.10 - 09.30
2 Redwing (2nd (1st and earliest ever yesterday, 6) of the Autumn)
1 Fieldfare (")
41 Chaffinch
2 Bullfinch
16 Woodpigeon
3 Meadow Pipit
+ a possible Brambling calling but could not locate as it flew overhead.

Hopefully Tomorrow at Fleetwood Cem will produce (YBW please?)
Posted by Zac Hinchcliffe at 20:21:00 No comments: 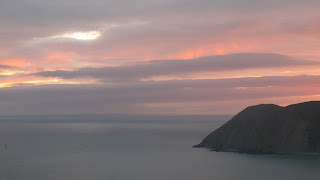 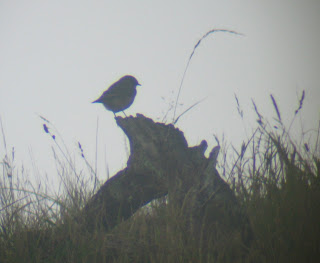 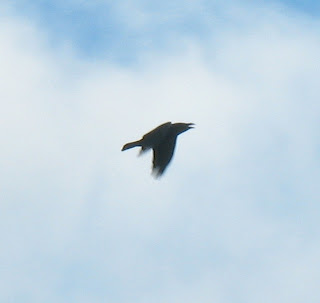 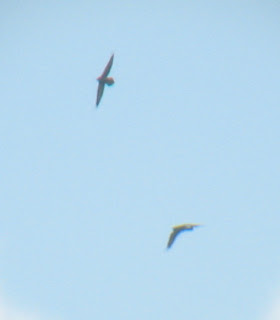 A Weekend trip to Lynmoth & Lynton In Somertet, saw myself trying to get the most of the Sea Side Town.
With SW erly winds predicted I was very exited. Unfortunatly the winds and in fact the weather proved to be 'dampners' on the weekend, with SEerly and Sunny throughtout.
We travellend on the Friday, but not much birding was done as the main object for the weekend was to attend my Dad's Best Mates Wedding.
I was out the house on the Saturday at 06.30hrs in order to get First Light Seawatching done. This proved pretty dissapointing with the only sea Birds being Gannet. Ravens were obvious around the 'Valley Of the Rocks'. Aswell as a constant chorus of Migrating Medow Pipit.
On the walk back to the accomadation, I noted a Wheater, which ofcourse, is always nice to see!
Again throughout the day, not a lot of Birding was done, but a quick Cliff top Railway trip to the Harbour at Lynmouth was nice. In the Harbour itself, I noted Rock Pipit, Grey Wag, Great Black Backed Gull, and yet more Raven. 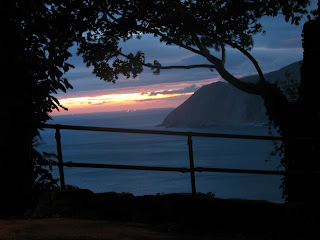 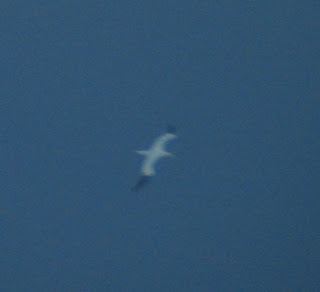 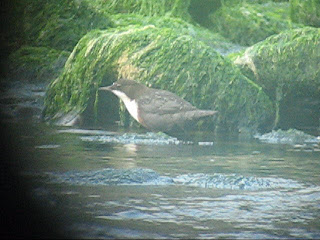 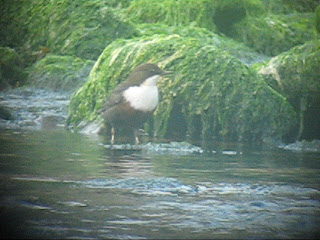 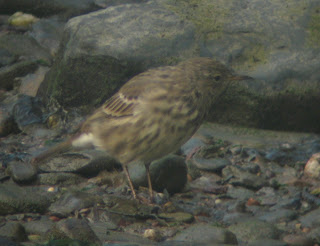 Rock Pipit
06.30hrs again, but this time I was to walk down to the Harbour and see what the Sea Watching was like there. Straight away I managed to see a flock of 8 Scaup which proved to be the best thing of the Sea Watch as again, Only Gannet seemed to be Oblivious to the Wind conditions.
A Real Suprise was a Dipper on the Harbour Entrance Confluence to the River. This was then joined by a group of 6 Rock Pipit, and strangely 8 Robin feeding on the Low Tide Harbour floor.
On Arrival back Home, I was informed of a Bird that I may be able to see on the Journey Back by Bill Aspin.... 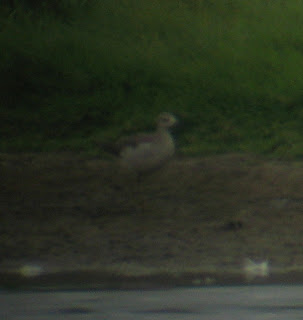 Above & Below - Wilsons Phalarope 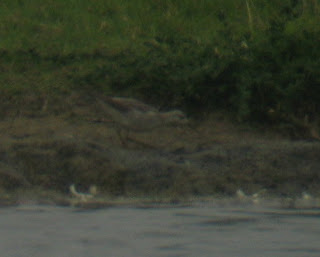 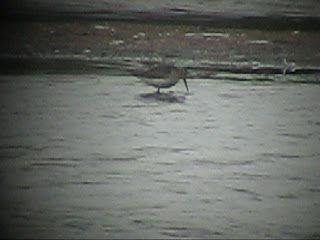 I Thick on arrival at Upton Warren Flash in Worcestershire I was oblivious now to the Dissapointment of the Sea Watching. As well as this, It made up for the Dip of the Wilson's in Co. Durham back in August. It's amazing when you look through your scope and see a new species for the first time. No matter how experienced you are, It always gives you a buzz! No Only was it a lifer...it was a Year Tick, and my 200th Bird of the year! Also on site were 2 Curlew Sandpiper and a Dunlin. The Curlew Sands were also Year Tick so I ended the Trip with 201 under my Belt.

I made a Trip list whilst I was there, and considering I didn't use the car apart from the To and From Journeys, i was pleased with a very respectable 64. 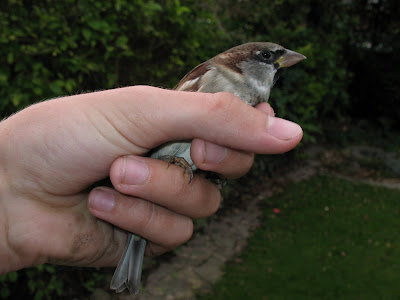 I was cycling home from Football at school when I heard a bang, just outside my house as a car went by. The car continued on, but on close inspection, I noticed a lump in the road. It was a Male House Sparrow.
I thought it had been killed, as you would expect, but suddenly it turned its head towards me as I got close. I was shocked beyond belief!
As It was in the middle of the Road, I took it into my Garden where I made sure the wings were ok, and plopped him onto my Bird Table. Enitially the Bird just sat there watching me as I stared through my Lounge window.
The Bird took off suddenly towards the trees in my garden, as was seen later on feeding...at least I think it was him!! :)
Posted by Zac Hinchcliffe at 20:01:00 No comments: 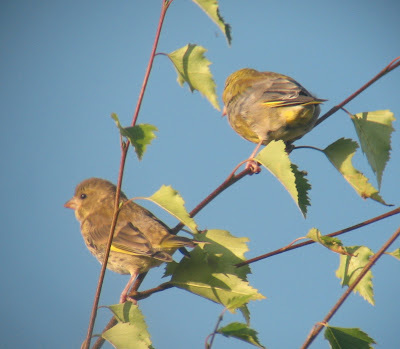 With names like Booted Eagle, White Rumped Swift, and even Pacific Swift appearing on the 'Pagers' throughout the day, I felt the need to do a bit is Visible Migration watching from my house.Unfortunatly non of the above were seen, as you'd expect, but what was seen:

Also - Briefly the sun came out, and I watched 2 Greenfinch Fly >S and drop out of the Sky in to my Garden

Also - A big Movement of Pinkfeet throughout Britain today produced my first birds of the Autumn. First at 11.10 a group of 29 flew south over Greenhalgh, another flock of 73 birds followed shortly afterwards.

As with most Sea-Watching trips, no photo's were obtained. I would have like to have had my d-SLR that I am Saving for, as the Razorbill was a nice adult and was hardly 20 meters out
Posted by Zac Hinchcliffe at 15:39:00 No comments: