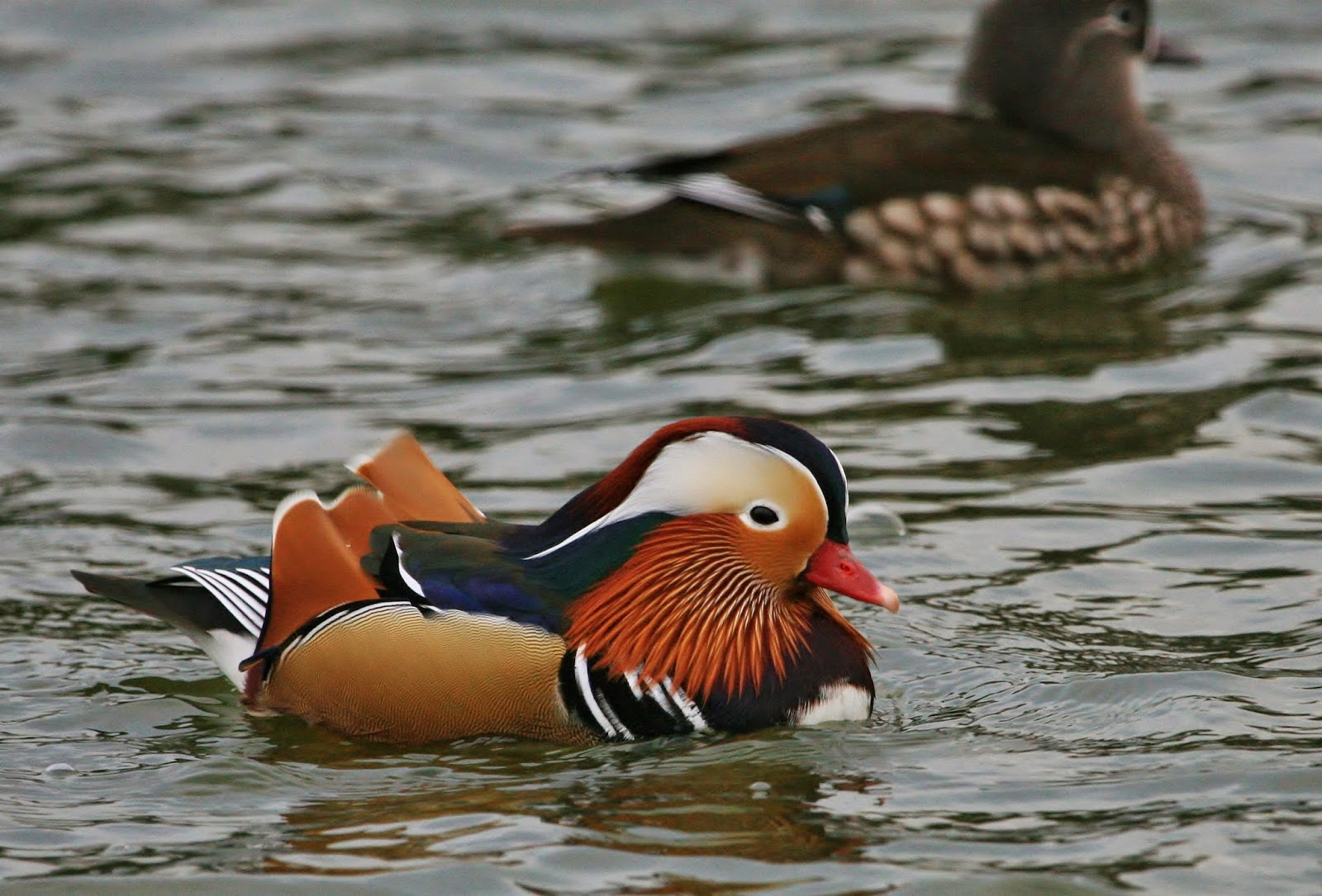 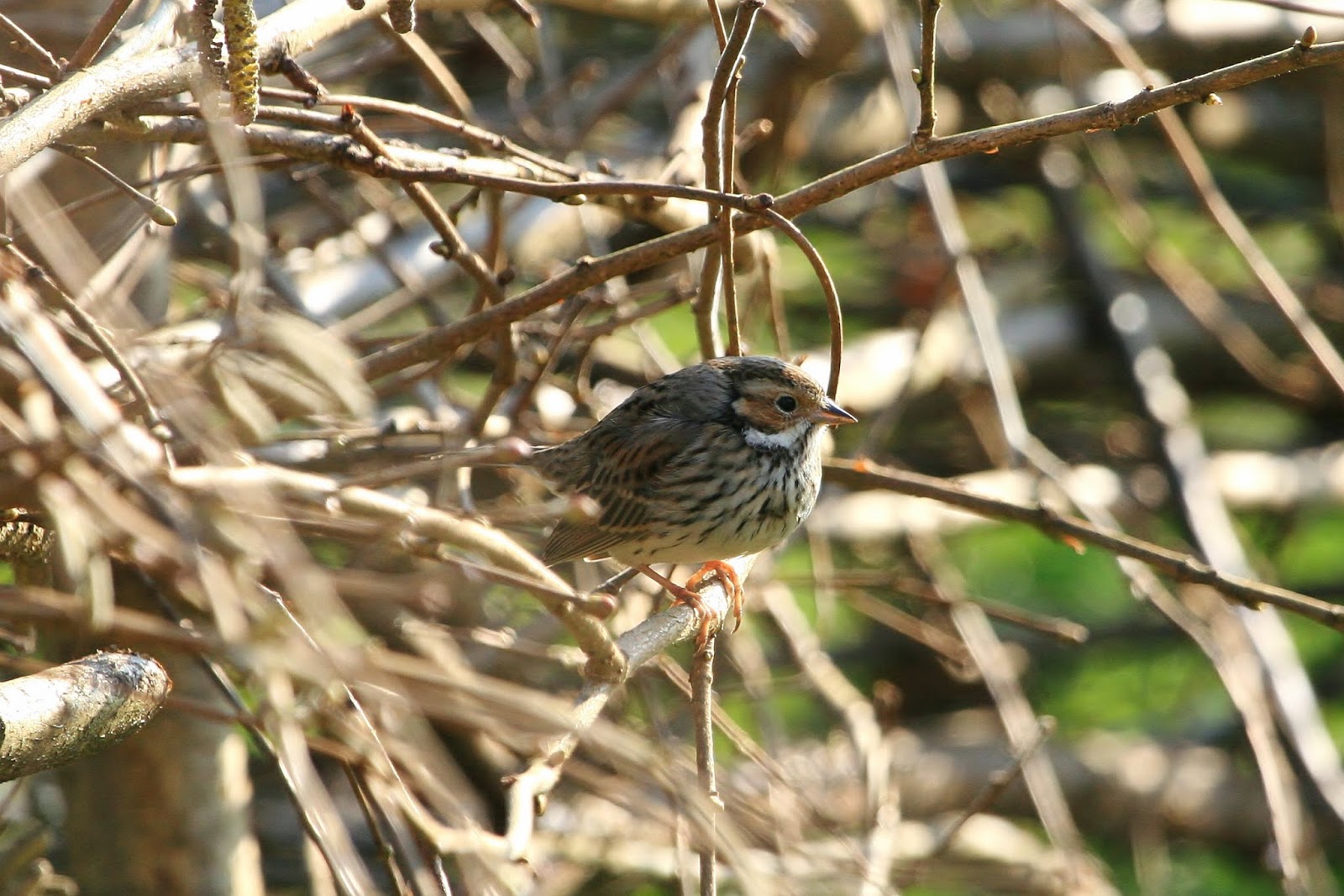 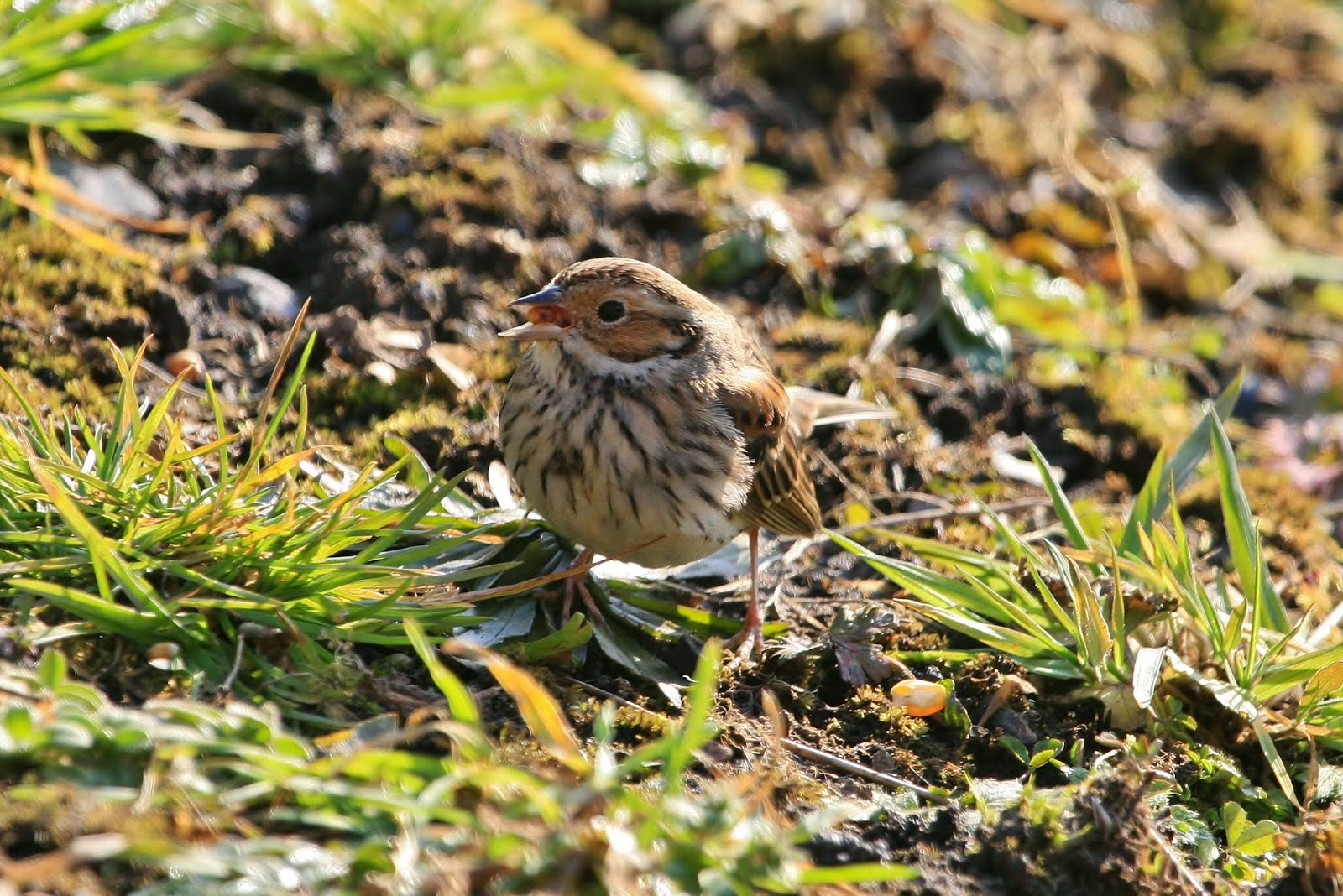 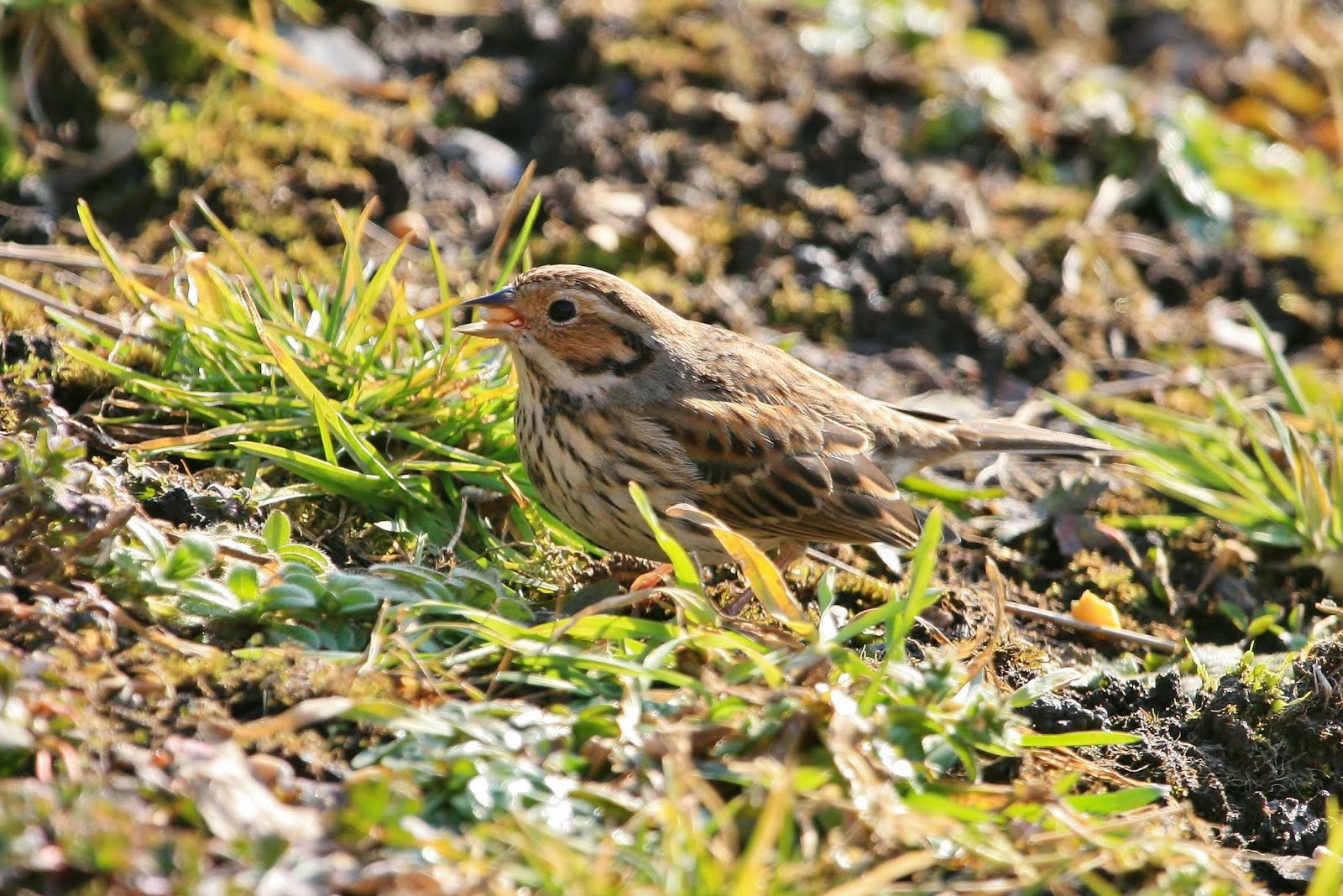 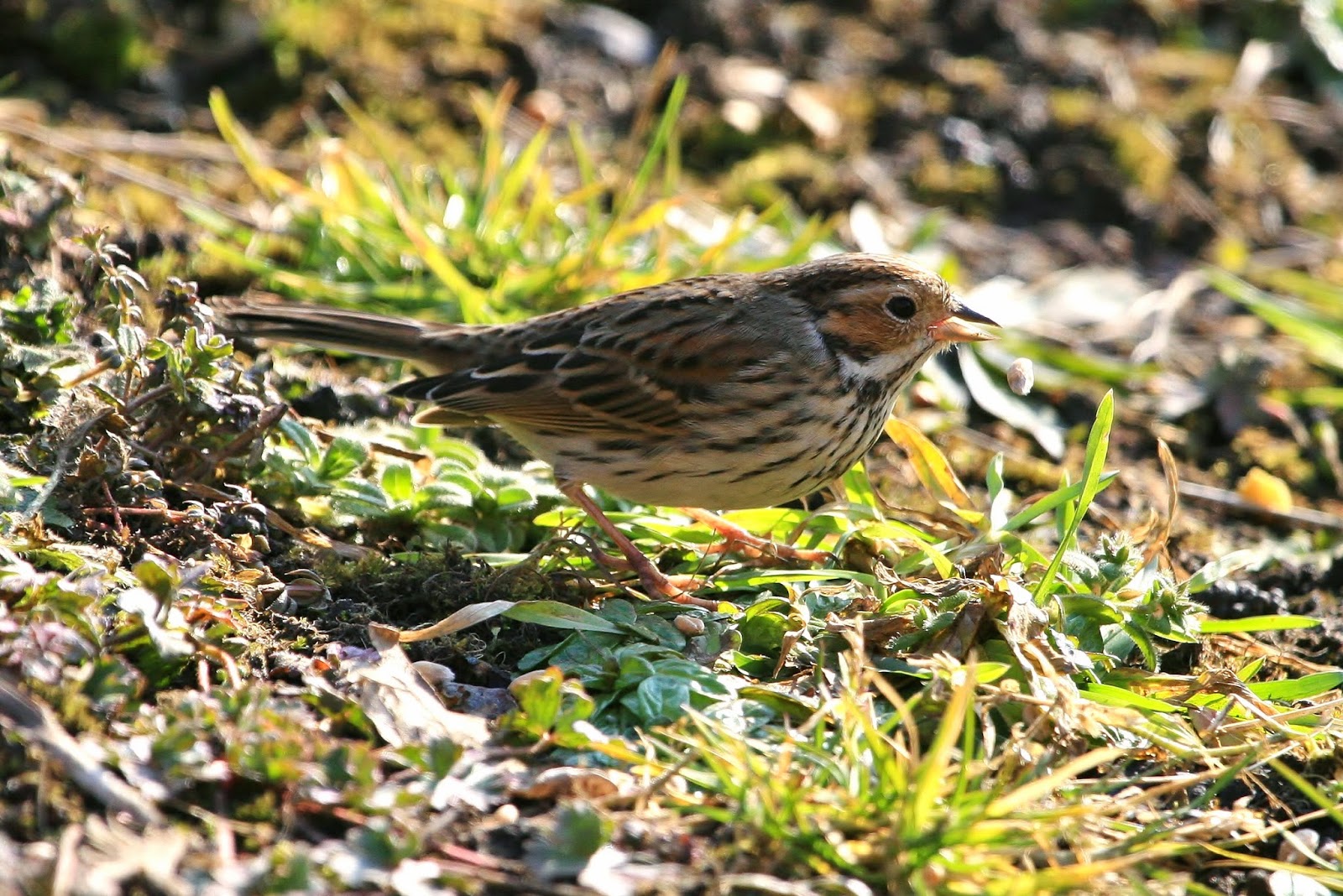 Great to finally see Little Bunting and what a bird to see! It showed really well coming to seed at Forest Farm Nature Reserve in Cardiff. A great birthday present and also nice to see Mandarin in N. Wales earlier in the week.
Posted by Zac Hinchcliffe at 22:54:00 2 comments: 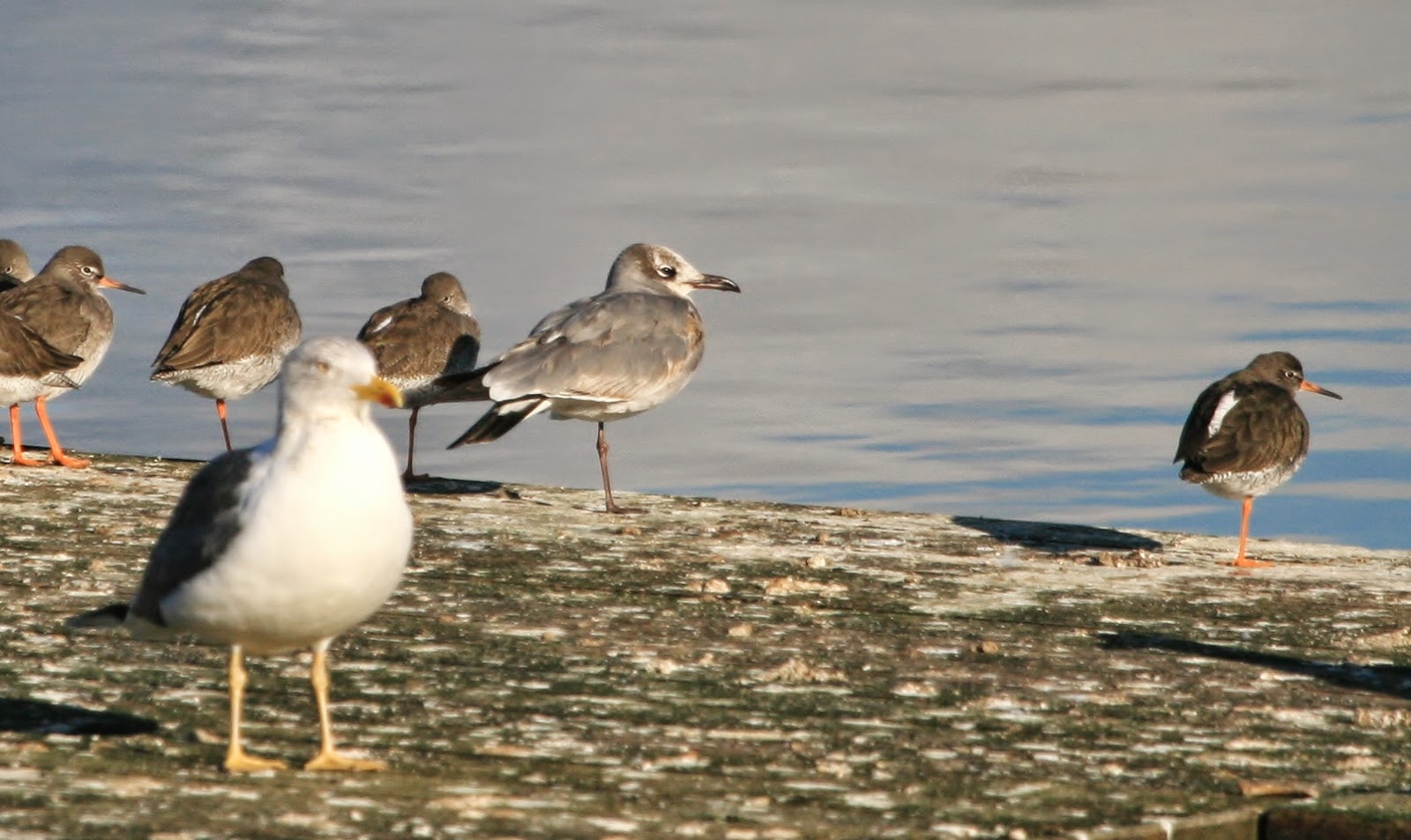 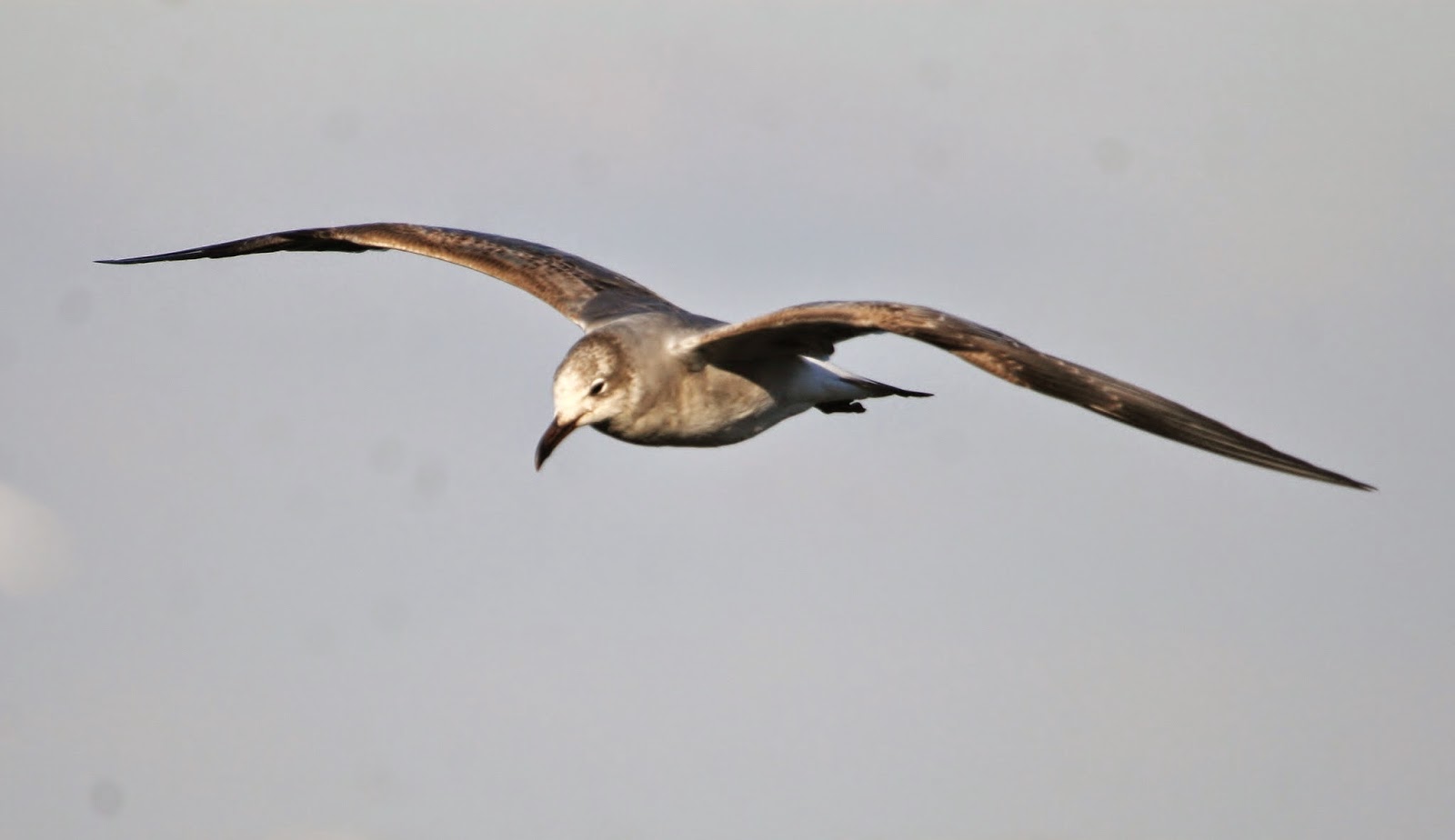 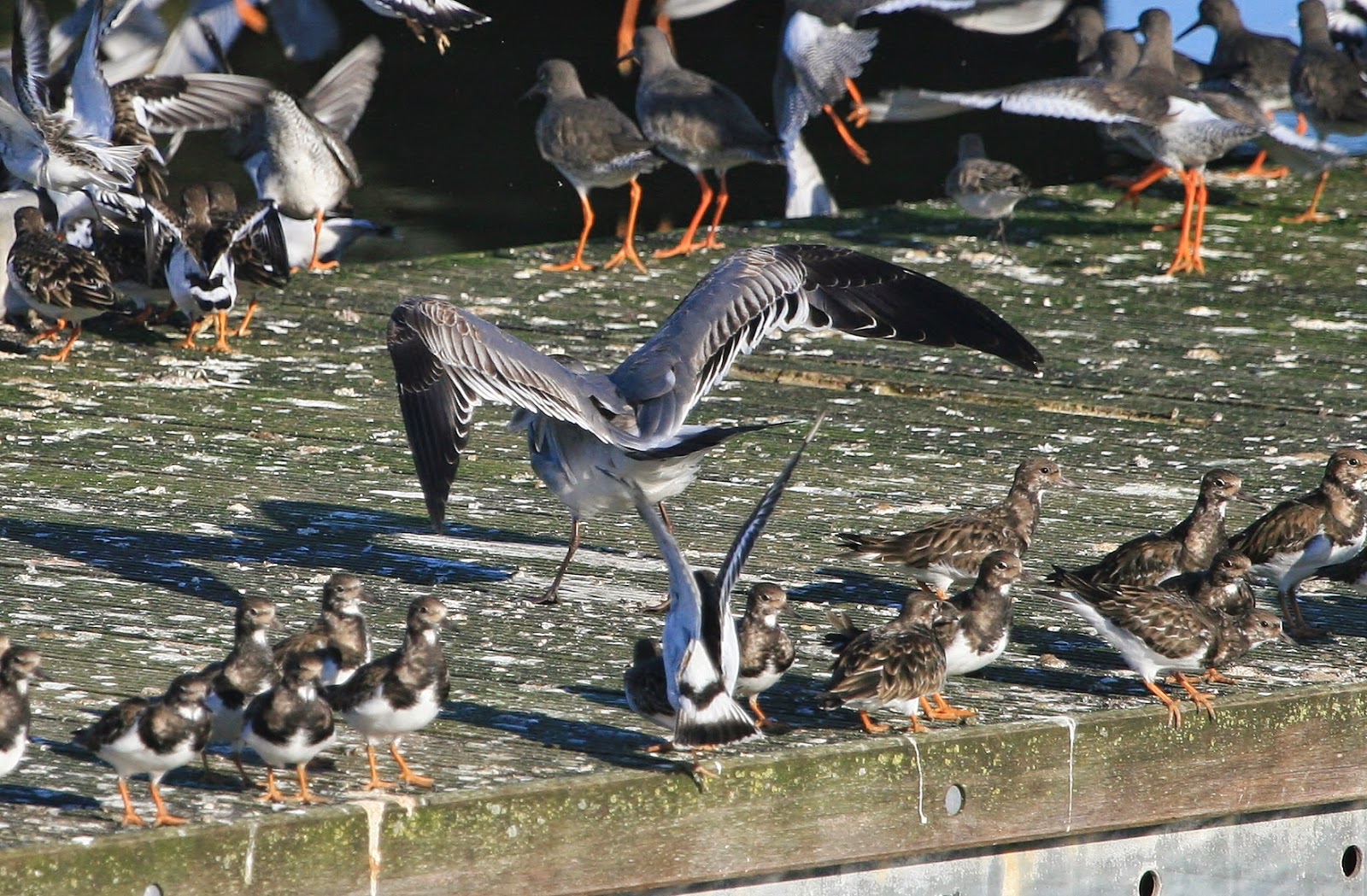 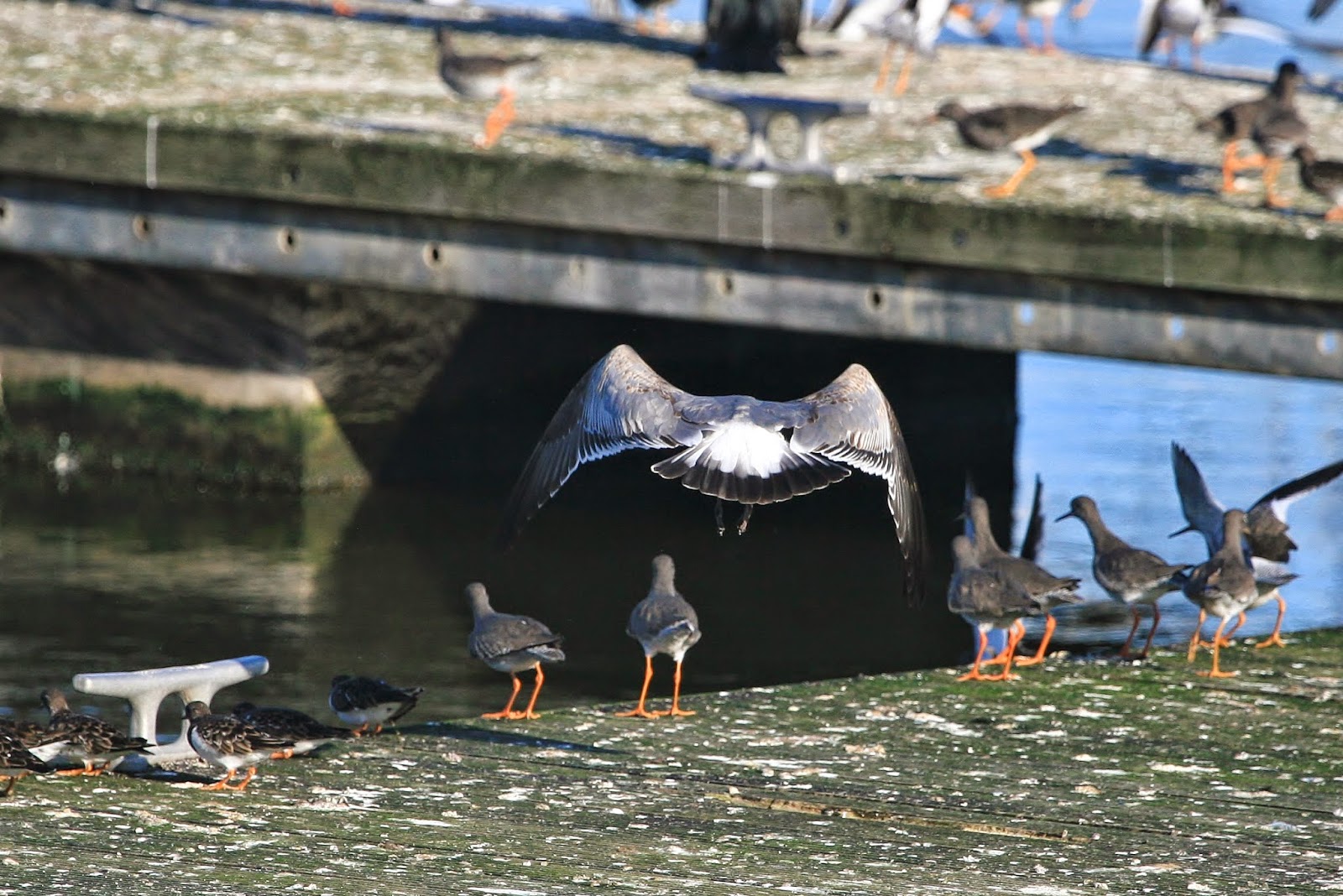 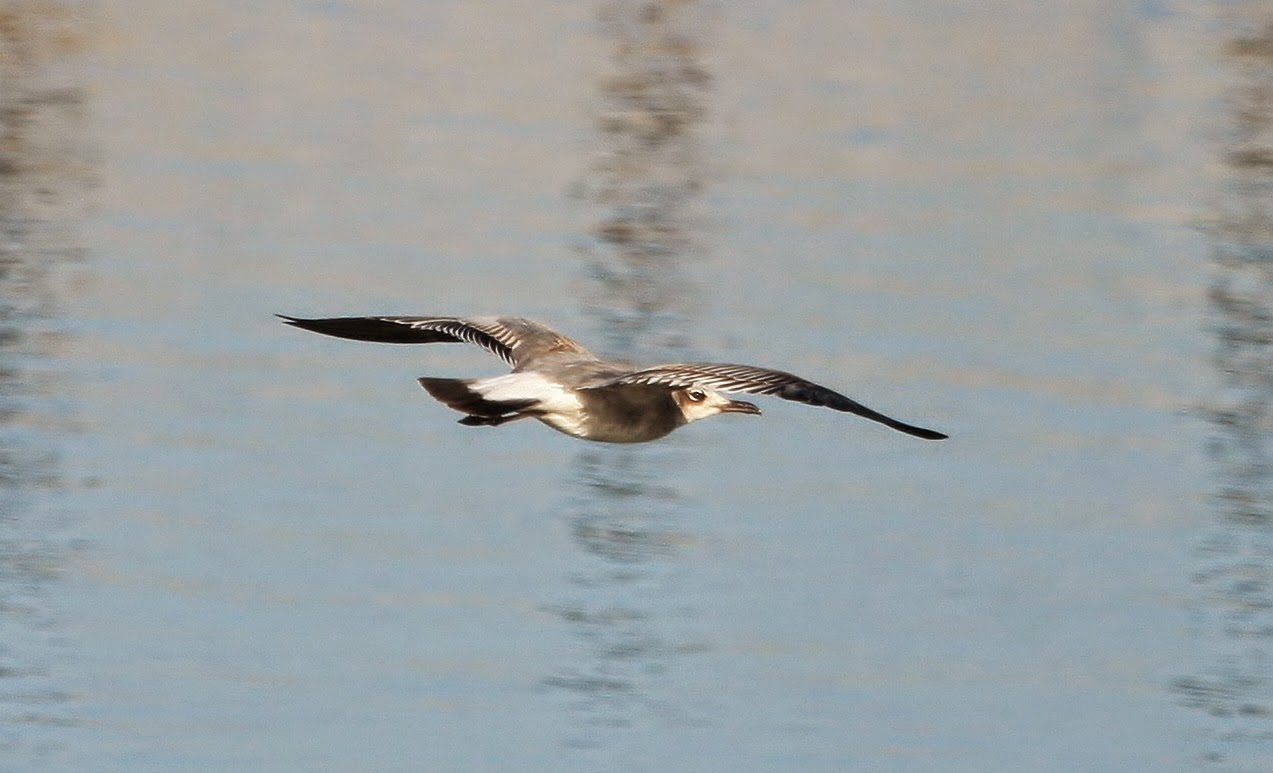 I actually forgot to post this blog! I went to see the lovely first winter Laughing Gull at New Brighton. I say lovely, because in flight, it most certainly was! The strong contrast between the black tail and white rump was superb. On the deck, it was admittedly not looking it's best mainly because it looked practically hungover!
My second Laughing Gull after the stunning summer adult at Marton Mere in Lancs. I've always been partial to a yank gull, so this one was one not to miss!
Also on site were 8 Purple Sandpipers, which were additional yearticks.
Posted by Zac Hinchcliffe at 18:54:00 No comments: 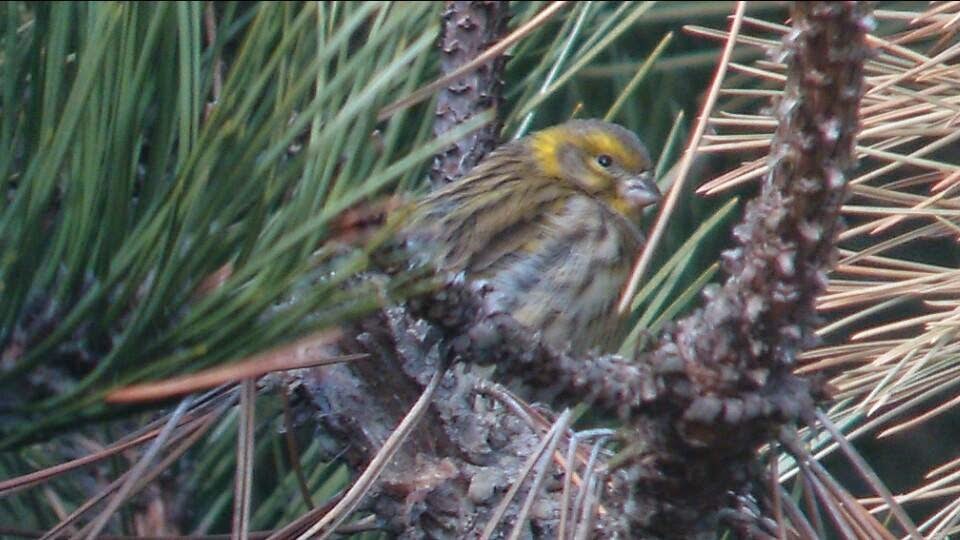 I've had a car for just over three weeks now and it only took me this long to drive on a long twitch for the first time. Serins, particularly to a northern birder, are a very very difficult bird to connect with as they are rarely seen for long periods and even fewer stick around for a few days.
It was therefore just too tempting when two males were hanging around Gunners Park in Shoeburyness near Southend, Essex.
I set off from mine in Preston at 01:15, meeting Scott at Lymm Services at 02:00. A few loops of the 'get psyched' CD and we arrived in Oxford for 05:00 to pick up Liam. The sat nav said we'd arrive at Gunners Park at 07:15 which was ideal. All was going marvellously well until 05:50 when we got to near Slough on the M40 and came across a very recently exploded lorry! It was filled with beds and propane gas tanks, which made quite an impact as towers of flames lifted above the blackened shell of the lorry and even thicker black smoke poured out over the motorway. There was no way past and the fire engines and other emergency services got involved. We just had to sit there with the engines off waiting for the police to come up with a solution. 07:15 tumbled past and it started getting light but we were no closer! By 08:45 we finally we able to move, but remarkably, we were asked to turn around and go back the way we came. It was very surreal driving the wrong way along a motorway 'racing' the cars travelling on the other side of the central reservation. A 15 mile detour onto the M4 saw up being back on track and ready to get to Essex.
We arrived at the painfully late time of 10:45 with the Serins being last seen thirty minutes before arrival. By 12:00 there was still no sign, but Liam had seen a small green finch fly up into a pine tree away from their usual haunt that he was adamant to be the Serin. With a bit of patience, Liam and Ephraim managed to pin down the bird in the middle of a pine sitting in the sun. We all piled over and got superb views of the adult male and presumed 1st winter bird. These really are STUNNING birds and after all that hassle, it definitely seemed to be worth the effort.
We started making the long trip back and I ended up getting back in the house by 19:30. 18 hours after leaving and 611 miles later! Not a bad way to introduce myself to long-distance twitch driving!

A great day, despite the frustration at times! Very memorable nonetheless. 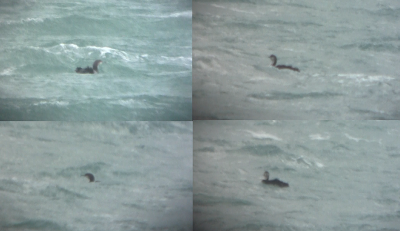 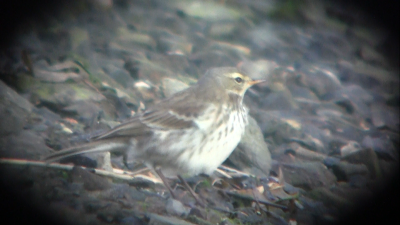 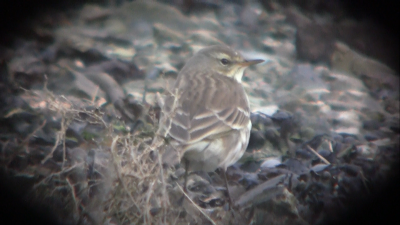 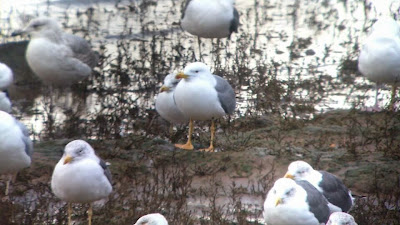 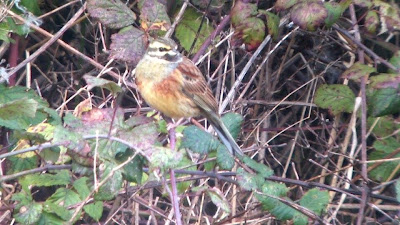 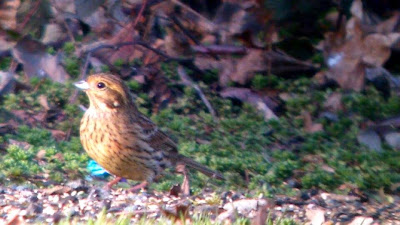 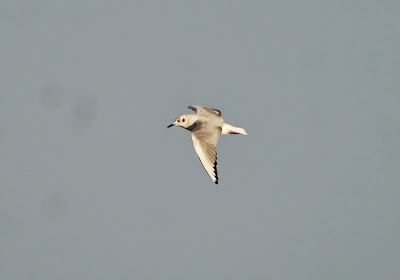 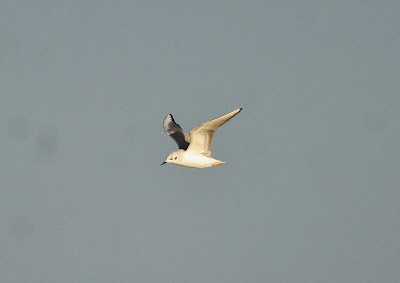 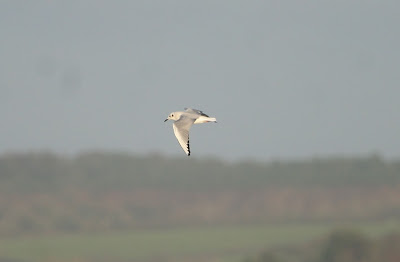 Excellent weekend away in the South West with Matt, Scott and Liam. We stayed in St. Ives at Liam's apartment, which was a great base and a really top night out in a beautiful town. The main target of the weekend was Pacific Diver which has been pretty reliable in Penzance. We found it in less than 15 minutes of being onsite which we were thrilled by! We had visions of being there at 3pm on Sunday reluctantly leaving having still not seen it.
We also saw the 1st winter King Eider near Falmouth which is only my second and a great Cornish record! We ended Saturday at Hayle having fantastic views of the Water Pipit and then the gull roost, which produced an adult Yellow-legged Gull and at least one hybrid Herring x LBBG.
Sunday started slowly (the aforementioned good night out....) but we headed to look for the Devon Penduline Tits, but no sign sadly. Onto Broadsands and I managed to see my first UK Cirl Buntings which are WELL overdue! Stunning birds and such a shame they aren't more widespread.
Finally, we went to Dawlish Warren, where we picked up the adult Bonaparte's Gull within about five minutes, which was fantastic...it's a very big place and it's one small gull! We had great views in great light and at a stunning location.
All in all, a fantastic weekend with three great mates. 'Ideal'!
Posted by Zac Hinchcliffe at 20:47:00 1 comment: